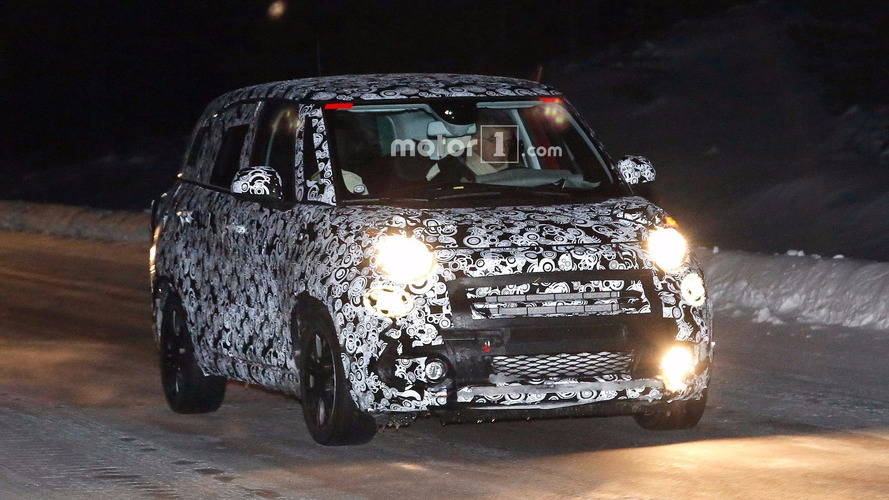 Maybe some updates can make customers more interested in this vehicle.

The Fiat 500L is the awkward middle child in the brand’s model range because it offers more space than the tiny 500 but no appreciable advantages over the 500X. Fiat is now working to improve the vehicle’s prospects, and a new batch of spy photos shows the 500L and seven-seat 500L Living with a heavily camouflaged facelift.

Fiat’s development team hides the tweaks to the front end by concealing the lights with covers. The pieces distort their true shape but tell us that changes are on the way. The engineers can’t obscure the significant changes to the grille where the lower portion becomes narrower, and the top section looks a little wider. The entire exterior of this test mule has swirling camouflage, but there’s no evidence of major design changes to the model’s profile. The rear has new taillights with a three-dimensional look.

These photos don’t provide a good view at the 500L’s interior, but the changes might follow last year’s refresh for the 500. The smaller hatchback received infotainment system updates, a redesigned steering wheel, updated seats, and a revised center console.

Nothing is known about any powertrain tweaks for the 500L. Don’t expect this refresh to include any major changes, though.

The 500L needs a serious jolt to perform better in the Fiat lineup. In the United States, it’s currently the company’s worst selling product, including deliveries of a mere 96 units in November. Volume is down 59 percent through eleven months of the year to 3,016 examples versus 7,275 through the same period of 2015. In comparison, the 500X moved 822 examples in November (down 49 percent) and 10,869 units for the 11 months of 2016 (up 40 percent).

The gap between the two models could grow even more in the near future because Fiat confirms a 500X Abarth is under development. The variant would give buyers one more reason to consider the crossover.