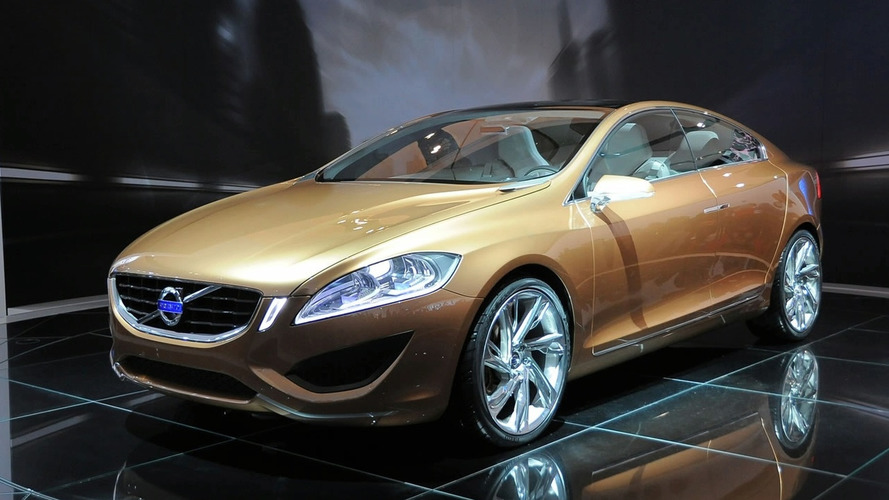 Volvo used the North American International Auto Show in Detroit to show off their new S60 concept which previews the styling that will appear on the production model when it goes on sale in 2010.

Designers call the exterior design dynamic and full of character, and state that their inspiration came from Scandinavian design and the Swedish coastline. These influences lead designers to incorporate a double-wave design that runs along the profile of the car. Power operated rear doors operate mini-van style as they glide backwards towards the wheel wells providing greater ease of access to the rear. Finishing out the key exterior attributes are seven-spoke 20-inch wheels outfitted with low-profile tires and a sporty rear end that features a retractable diffuser that adjusts itself based on the vehicle's speed.

When tasked with the job of crafting a new interior for the concept, Volvo decided to take modern Scandinavian design and mix it with futuristic touches. A floating center console made out of solid Orrefors crystal runs from the instrument panel all the way to the rear seat. The floating theme also continues with the Light Blond leather seats, which are attached to the center console in order to give them the appearance of hovering in midair.

With all the focus on the concept's design it would appear that Volvo has forgot what is has been best known for, safety. That could not be further from the truth as Volvo engineers equipped the car with several new systems such as Collision Warning with Full Auto Brake and pedestrian detection, a heads-up display warning system and an updated version of Adaptive Cruise Control.

Under the hood is a 1.6-litrer four-cylinder petrol engine that is equipped with a turbocharger and direct injection, it produces 180 horsepower and has a CO2 emissions rating of 119g/km. Among the fuel saving technologies on the concept are a stop/start function, electric power steering, and a special DRIVe-Mode that limits the number of electrical or mechanical systems that can be operated.