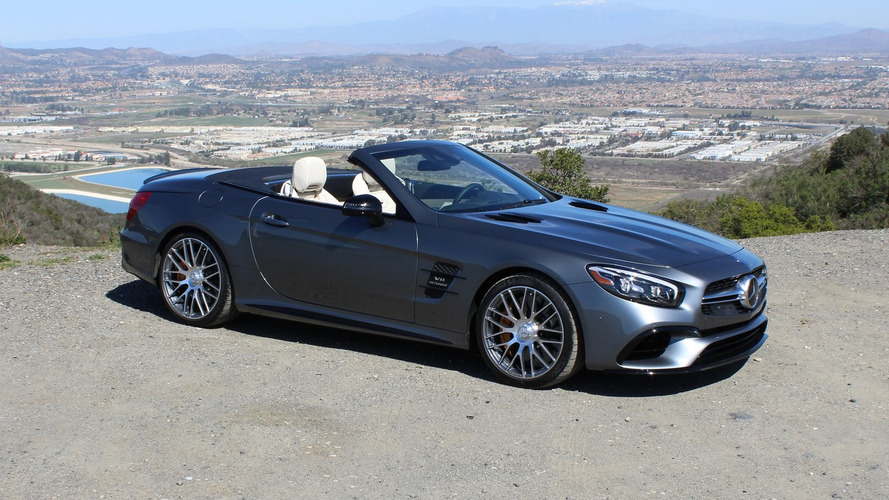 The seventh-generation SL is being developed by Mercedes-AMG and is said to have many things in common with the GT Roadster, including a soft top.

Several spy shots (see below) from the Nürburgring emerged onto the web a few months ago with a shorter Mercedes S-Class Coupe believed at that point to be a test mule for the all-new Sport Leich. However, that might not have been the case since Autocar is reporting the next-gen SL will actually ride on the same platform as the AMG GT, specifically the recently introduced Roadster version. Citing sources close to Mercedes, the reason for this switch has to do with Daimler’s desire to achieve more significant economies of scale, which seems a wise thing to do taking into account the SL is far from being the company’s best seller.

Not only is it saving a considerable amount of money by using the GT Roadster’s hardware, but Mercedes is also able to ramp up development and have the seventh-gen SL ready for a 2019 launch, according to the same report. Developed by Mercedes-AMG, the new roadster will be substantially lighter than the current R231 generation since it will inherit the GT’s carbon-fiber torque tube and aluminum body structure.

The next SL will also borrow the GT’s forged aluminum double wishbone suspension, but in this new application AMG is tweaking the setup to better cater the SL. In addition, it will likely give the option of an air suspension for a silky smooth ride as one would expect from a plush grand tourer.

Rather than getting the “R232” codename, Autocar has it on good authority the new SL is known internally as the “R233,” probably to denote it will be entirely different than the current car. As a matter of fact, the new SL is said to lose the metal top to make room for a lighter fabric roof that will also pay dividends in terms of available cargo capacity with the roof down.

Besides a roadster, the next SL family could see the return of the coupe body style, but it’s too soon to say whether a fixed metal roof version has received the green light.

Autocar goes on to specify there’s going to be an E50-badged version with a new inline-six engine from next year’s S-Class facelift, along with a biturbo 4.0-liter V8 sourced from the E63. It’s not known at this point if the V12-powered SL600 and SL65 will live to see a new generation in light of the stricter emission regulations, says the report. It would be a huge loss because an SL without the option of a V12 just doesn’t seem right. Hopefully, the engineers will find a way to optimize the biturbo twelve-cylinder unit and make it economical enough to receive the stamp of approval from the authorities.