Why are VW diesel buyback owners stripping their cars? 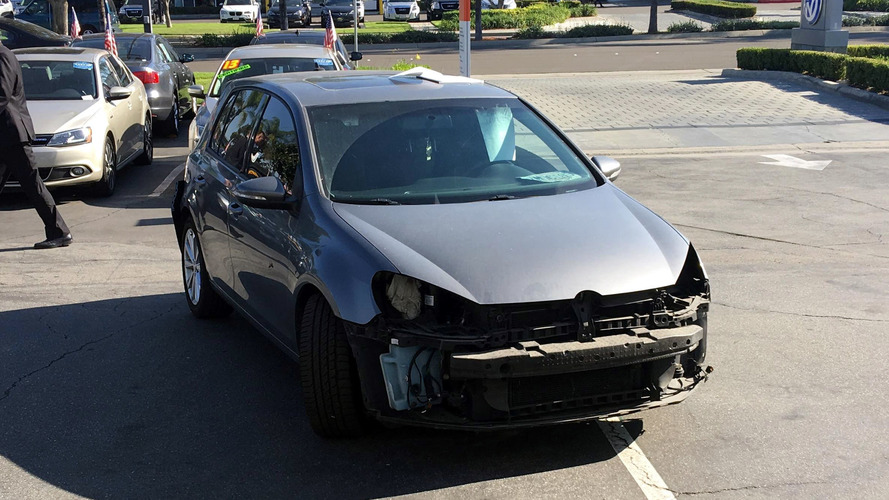 If your TDI runs on its own power, your payment won't be affected.

Volkswagen has started buying diesel vehicles affected by the Dieselgate and is facing another major issue following the biggest scandal in the automotive industry. After a $1.2 billion settlement, upset owners of TDIs are handing their cars to the company with… let’s say, a little surprise.

The buyback terms specified in the EPA’s Consent Decree say there’s only one requirement related to the vehicle condition – the machine should be “operable,” which means “that a vehicle so described can be driven under its own 2.0-liter TDI engine power.” A vehicle is not operable “if it had a branded title of ‘Assembled,’ ‘Dismantled,’ ‘Flood,’ ‘Junk,’ ‘Rebuilt, ‘Reconstructed,’ or ‘Salvaged’ as of September 18, 2015, and was acquired by any person or entity from a junkyard or salvaged after September 18, 2015.”

Basically, operable could mean anything, including a totally stripped vehicle running on its own power. Several discussions on Reddit and Volkswagen forums have already confirmed it’s totally fine to remove parts from your diesel VW before getting it to the dealers – and this won’t affect the final payment.

A member of the TDI Club Forum went even further. “Carpet, airbags, battery if yours is better/newer, drain the oil and replace it with even more used oil, drain the coolant and replace it with water from the storm drain, empty the fuel tank, DEF tank, take off the glove box door, the inner door panels, I guess you could pull the steering wheel and just clamp a vise grip on the stem to drive it to the dealer, pull the air filter, oil filter, drain most of the brake fluid, power steering fluid, windshield washer fluid, spare tire, jack, first aid kit, maybe even the trunk deck could come off and meet the rules, who know can you drive legally without doors?”

Most of the customers seem to be happy with the buyback offer they receive from Volkswagen, and only remove some aftermarket accessories they’ve installed before. But others are literally stripping off their cars, like Reddit user Tacoboutnachos, who has completely disassembled the front end of his Golf TDI.

Jalopnik contacted the diesel Volkswagen owner, who confirmed: “Yes, the front end I took off for my friend and then the back was in an accident. I guess you can say everything’s happened to this car.”