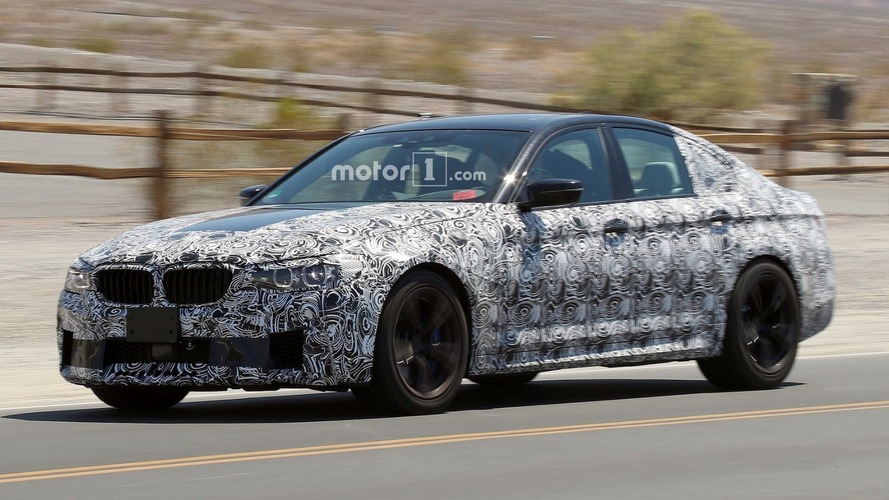 The tech would offers customers the best of both worlds.

Great minds think alike, and it appears that both BMW and Mercedes-Benz have similar ideas about how to make the super sedans more fun. According to BMW Blog, drivers of the upcoming F90 M5 can allegedly switch between an all- and rear-wheel drive just by pressing a button. The movie is similar to the way the Mercedes-AMG E63 AMG lets people switch configurations by activating what the German firm calls Drift Mode.

Unfortunately, neither BMW Blog nor its source, Germany’s Bimmertoday, cite specifically where this detail comes from. Assuming it’s true, then the system should assuage current M5 fans that are upset about the switch to an all-wheel-drive layout, which allegedly saps enjoyment behind the wheel. Drivers could send power to both axles when the roads are slick and keep power at the rear while cruising around on a warm day. Earlier reports indicated that the next-gen M5 would either be solely all-wheel drive or offer the system as an option.

BMW isn’t saying anything official about the next M5 yet, but copious rumors suggest it retains a 4.4-liter biturbo V8 like the current model. The engineers could push the output to around 626 hp (467 kW), though.  However, expect a power upgrade because the latest M550i xDrive is already quicker that the standard version of the outgoing M5. Regardless of what the engine is, M division boss Frank van Meel says that the super sedan doesn’t have a manual gearbox on the options list. Demand is just too low for them, according to him.

Spy shots of the next M5 suggest minor design tweaks like more aggressive front and rear fascias. Otherwise, the design looks quite restrained. Underneath, BMW's CLAR platform means a lower weight. For example, the standard 5 Series in Europe loses as much as 220 pounds (100 kilograms) on the new chassis.