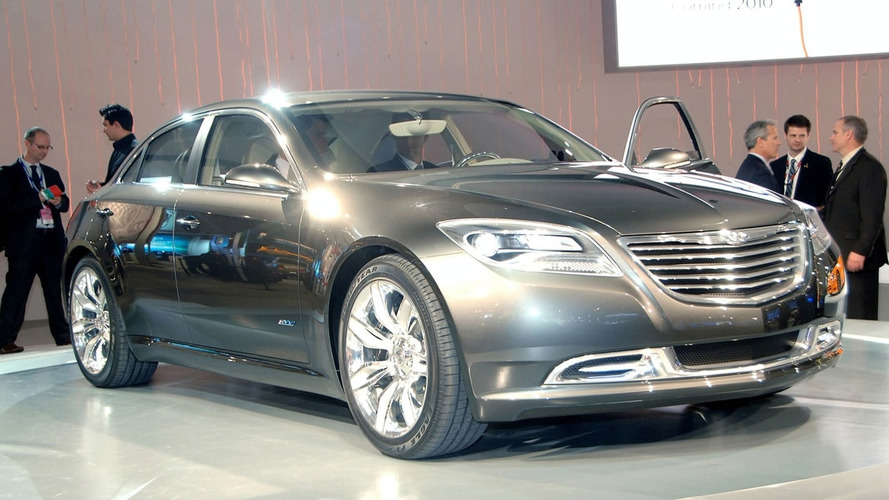 Chrysler's 200C EV Concept is on display in Detroit. The four-door sedan boasts a number of technologies that helps passengers seamlessly communicate with both the car and the outside world.

Chrysler is showing off its newest concept car the Chrysler 200C EV concept. It's powered by ENVI's Range-extended Electric Vehicle drive system with a total range of 400 miles. The 400 mile range is accomplished when the small petrol engine and integrated electric generator produce more electricity to power the car. On its own the rear-wheel-driven four-door sedan's electric motor provides a range of 40 miles with no emissions from the tailpipes.

LED technology is employed on the fog lights and the rear reverse lights which integrate seamlessly into the surrounding fascia.

The 200C EV has been designed to cocoon its passengers in technological luxury with an interior made to be comfortable as it is cutting-edge. As a result things like switches and levers have been excluded. Instead a system called 'Uconnect' that features touch-screen technology is used to access entertainment sources like the radio.

Interior materials are all natural and organic. A combination of Pearl, Graphite and Leaf Green colours were used to create what should be a warm and inviting interior cabin for the 200C EV's four passengers. The one-spoke steering wheel is trimmed in two kinds of leather which are Pearl and Graphite leather with Leaf Green perforations.