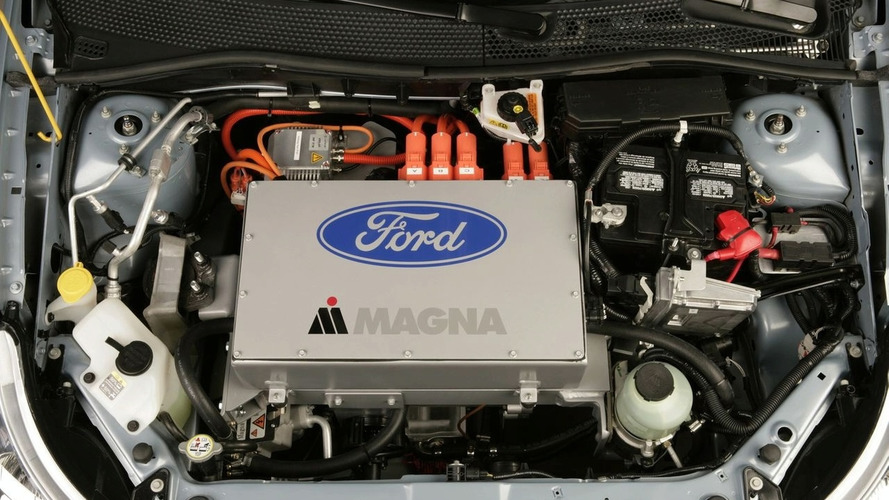 Ford will be bringing an electric van, a small electric car and a plug-in hybrid to market in the next 3 years. The company is working with partners all around to globe to achieve its ambitious goal to be a the dominant automaker of electric vehicles.

Ford is staking its future on electric cars.

The Detroit automaker, the financially healthiest of the Big Three, has announced an "aggressive plan" to bring a slew of battery electric, hybrid and plug-in hybrid vehicles to market. And to do so sooner rather than later.

The automaker will be pursuing an ambitious strategy to take the lead on electric vehicles and has promised to introduce a battery-powered electric commercial van in 2010, an electric small car in 2011 and a plug-in hybrid by 2012.

"Ford is heading in the direction America and our customers want us to go, which is a green, high-tech and global future," said Bill Ford, Executive Chairman of Ford Motor Company, in a press release today.

The US automaker is also looking to streamline global development and operations into "One Ford" and has said it will work with partners all around the world to more quickly bring electric vehicles to market.

The company is partnering with Magna International on the small electric car Ford hopes to bring to market in 2011 which will be powered by a lithium-ion battery, which have a higher capacity to store energy, the same type of battery found in laptop computers. Ford promises the car will have a 100 mile (or 160 km) range on a single charge.

An electric version of the Ford Transit and Transit Connect commercial van is being developed with UK company Tanfield for the European market which Ford said it will introduce in 2010.

A plug-in version of the Escape Hybrid is also being developed with the Electric Power Research Institute and Southern California Edison and is to be launched in 2012.