'America's only all-wheel-drive muscle coupe' stars in an advert shot in Alaska.

Hot on the heels of last week’s introduction, the AWD-equipped 2017 Dodge Challenger GT has traveled to Alaska for a new ad called “Russia” as a nod to the fact there’s a part of Alaska from where you can almost see Russia. For a brief history lesson, United States bought Alaska from the Russian Empire back on March 30, 1867, adding 586,412 square miles (1,518,800 km2) of new territory in exchange for a $7.2-million check after a treaty signed by President Andrew Johnson.

Getting back to the car at hand, Dodge calls it “America's only all-wheel-drive muscle coupe,” so it comes as no surprise why Alaska was selected to show off the Challenger GT’s AWD capabilities. The only bad news is you can get the grippy setup exclusively with a 3.6-liter V6 Pentastar engine hooked up to an eight-speed automatic transmission. There’s no sign of a V8 just yet, so buyers will have to settle for the 305 horsepower (227 kilowatts) and 268 pound-feet (336 Newton-meters) of torque delivered by the six-cylinder unit to the 20-inch wheels shod in all-season performance tires. 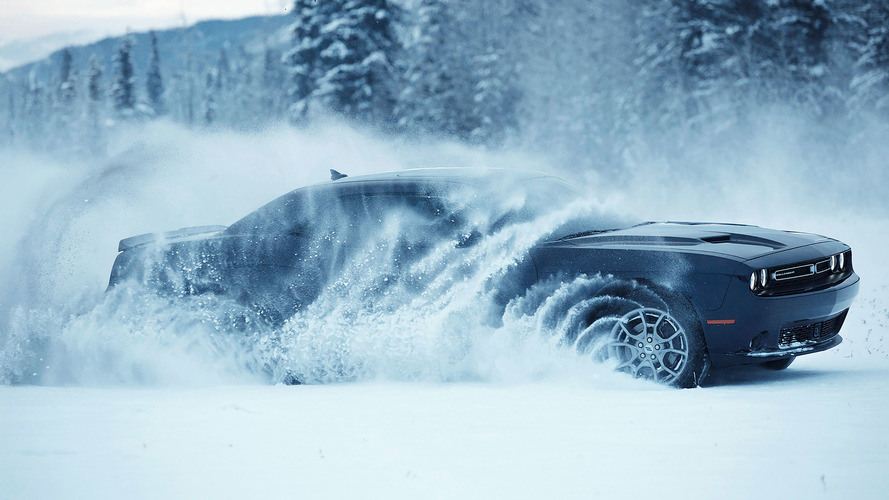 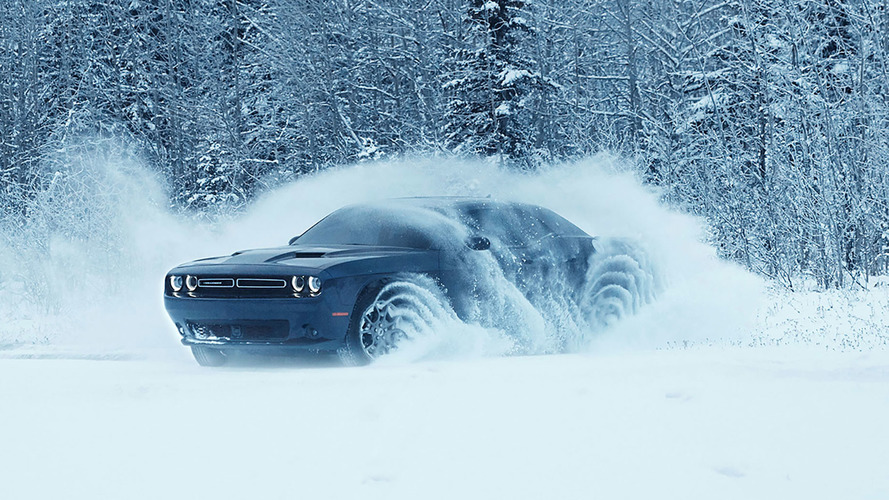 It’s a clever AWD setup featuring an active transfer case and front-axle disconnect. That means most of the time the Challenger GT runs purely as a rear-wheel drive car, with the AWD kicking in only when there’s a need for extra grip. That way, the hardware will deliver the best of both worlds by keeping the car tail-happy and switching to AWD only when the going gets tough.

Available this winter, the all-weather 2017 Dodge Challenger GT begins from $33,395 (excluding $1,095 destination charge). Production is scheduled to start next month and dealerships will have the car on display in the first quarter of the year.

December 13, 2016 , Auburn Hills, Mich. - Winter driving has never been this much fun as Dodge proves in its first ad for the new Dodge Challenger GT, America’s first and only all-wheel-drive muscle coupe.

“Russia,” a 30-second spot that debuts this week, showcases how Dodge Challenger enthusiasts can now have the confidence to drive their muscle cars all-year round, no matter the weather conditions. It was shot on location in Alaska where the Challenger GT was put to the test on snowy, icy and winding roads.

“The winter driving capability of the new Challenger GT had to be shown in a way that only Dodge can do," said Olivier Francois, Chief Marketing Officer, FCA - Global. "Bringing together the power and performance of the world’s first all-wheel-drive muscle coupe, a daunting Alaskan landscape and an adrenaline-filled soundtrack is what makes this ad so special.”

“With its iconic muscle car design, 305 horsepower and all-wheel-drive capability, the new Dodge Challenger GT is now the most exciting all-weather daily driver – even if you live in Alaska,” said Tim Kuniskis, Head of Passenger Cars – Dodge, SRT, Chrysler and FIAT, FCA – North America. “With the Challenger GT joining the Dodge Charger AWD, Dodge offers the only cars that combine that visceral muscle car attitude without sacrificing practicality and all-weather security.”

Dodge will be conducting a takeover on Twitter on Dec. 13 to showcase how the Challenger GT owns the winter season. The brand will take to the social airwaves using #HowToOwnTheSeason to showcase the all-weather capability of the muscle coupe and encourage users to share what it is that they do to “own the holiday season.” The spot can also be seen on the brand’s YouTube, Facebook, Twitter and Instagram pages.

In keeping with the Dodge brand persona of being “loud,” both literally and figuratively, “Russia” plays off the fact that there is a part of Alaska where you can almost see Russia. Set to a legendary soundtrack, the Dodge Challenger GT flexes its performance car muscle as it cuts through a breathtaking landscape of snow- and ice-covered roads and curving mountainous terrain.

The spot was shot on location in Alaska to authentically capture the performance, power and all-weather capability of America’s first AWD muscle coupe in what, up until now, were less than ideal muscle car conditions.

“Russia” was created in partnership with full-service advertising agency Doner.