There are two challenges and both of them have very close finishes.

Volvo Trucks and Volvo Cars are separate companies, but they maintain a friendly relationship. The jovial feelings don’t mean that they can’t stage a race against each other occasionally, though. For its latest stunt, Volvo Trucks challenges its 2,400-horsepower (1,790-kilowatt) big rig known as The Iron Knight against a S60 Polestar TC1 from the World Touring Car Championship.

Semi trucks aren’t known for their speed, but The Iron Knight challenges that notion by heaping massive power into a big rig. Its quad-turbo six-cylinder 12.8-liter diesel engine pumps out an astonishing 4,425 pound-feet (5,993 Newton-meters) of torque. The powerplant provides this beast with enough grunt to set record times in its class for 500- and 1,000-meter (1,640- and 3,281-foot) sprints.

A massive Volvo you can't have:

The S60 Polestar TC1 is more conventional but still quite wild. It uses a 1.6-liter version of the mill from Volvo’s Drive-E engine family. The powerplant produces 400 hp (298 kW) and sends the grunt to the front wheels through a six-speed sequential gearbox.

Volvo Trucks starts off by pitting the pair against each other in a quarter-mile (402-meter) drag race. However, a wet course adds another factor to consider before you bet on a winner. Without spoiling which vehicle takes the victory, it’s quite a close finish across the line.

After proving their acceleration, Volvo Trucks lets The Iron Knight and the S60 Polestar loose for a race around Sweden’s Mantorp Park circuit. Unfortunately, the company ensures a close race by giving its product an extra advantage. Rather than letting them race head to head, The Iron Knight gets a lengthy head start before the touring car can commence the chase. Check out the video to see whether the big rig’s artificial lead lets the truck take the checkered flag. 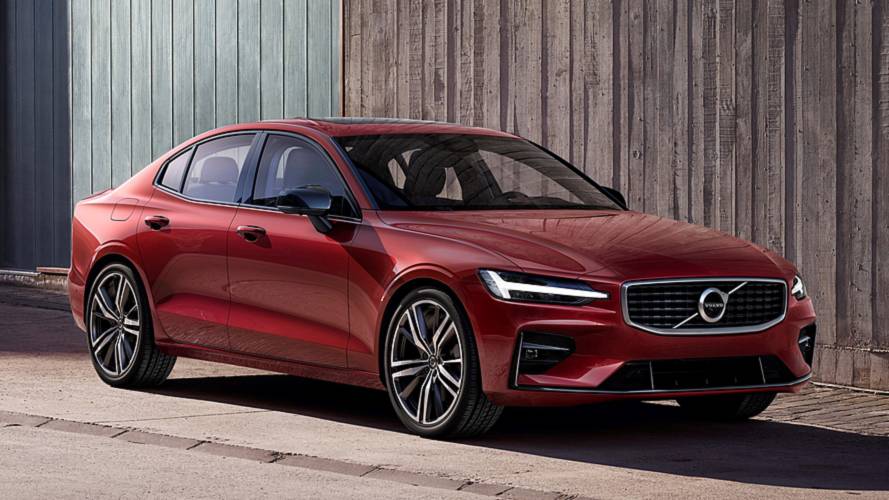