Chevrolet Spark and Orlando production versions to debut in Geneva 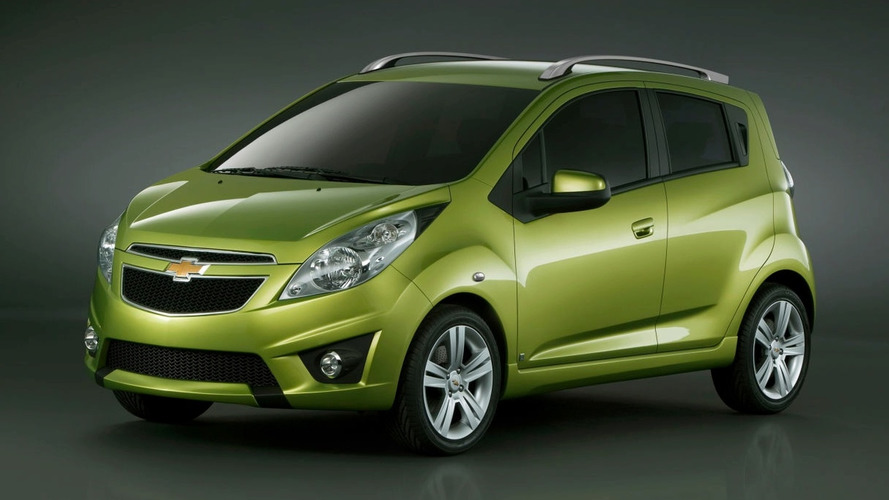 In what can only be seen as an embarrassing setback to the company, the Chevrolet Spark will not appear at the Detroit Auto Show. The car, and the production model of the Chevy Orlando, will instead debut at Geneva.

Despite giving American television viewers a teasing skirt lift of their new Chevrolet Spark and promising it would appear at the Detroit Auto Show, the company's breakthrough mini-car will not even appear at the NAIAS. Instead, GM has decided to introduce the car, and a production version of the Chevrolet Orlando, at the Geneva Motor Show this March. There is no word yet on why the late change in plans.

To cover their mistake, company executives drove the already-seen concept versions of these cars down a runway lined with employees. This was nothing new: the concept Spark, called the Chevy Beat, has been touring around for the last two years, while the Orlando concept first appeared at the Paris show last September. They also "introduced" a picture of the production model (seen above), that had already been leaked to the internet.

Without question, Detroit would have been an important venue for the two new production cars. With faltering public support, and a recent cash bailout from the government, GM just barely staved off bankruptcy. GM's presentation was still strong, including appearences by the Buick Lacrosse, Cadillac Converj Concept, Cadillac CTS, Cadillac SRX, the Opel Insignia, and several other Chevrolet models: Camaro, Cruze, Equinox, Volt.

Regardless, GM Global Design VP Ed Welburn's appearance on the TODAY Show hinted that the Chevy Spark would be the surprise hit of the show.

All we do know about the Chevy Spark is that it is a very small five-door to be produced in Korea. It likely has available engines of a 1.2-liter naturally aspirated engine, and a turbocharged version. The Orlando is a seven-seat MPV/SUV crossover. A production model will likely look like the concept car.

"These two stylish vehicles make a big statement," said Chevy Europe exec Wayne Brannon. Too bad we will have to wait even longer to see what that statement is.

The absence of the Chevrolet Spark can only be seen as yet another setback to the long road to General Motors' recovery.