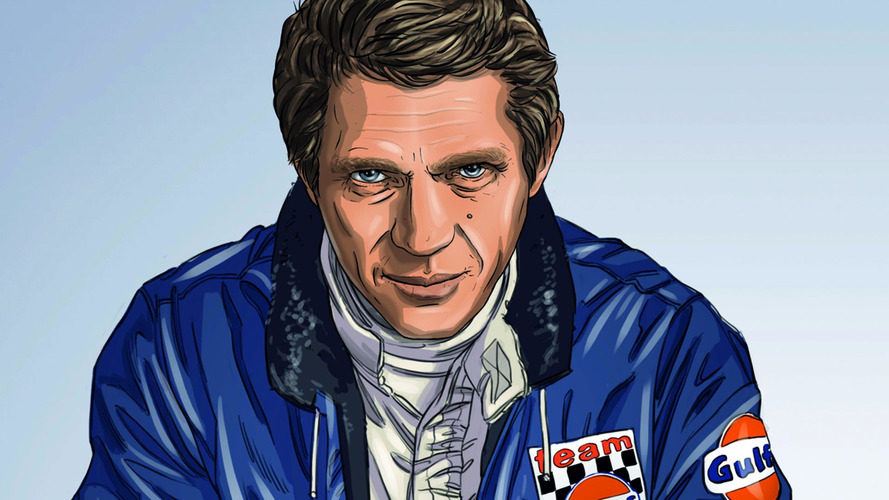 It depicts the 'king of cool's' love letter to motor racing in gorgeously vivid color and minute detail.

Steve McQueen’s magnum opus, Le Mans, was a total failure at the box office when it was released in 1971. Because the subject matter isn’t exactly populist and, in truth, it simply isn’t particularly good, with a wafer-thin plot and a surprising lack of tension.

And yet it has become iconic. The on-track action remains the most accurate depiction of closely-fought motor racing that has ever been committed to film. And McQueen brilliantly portrays a racing driver’s hopeless addiction to speed and competition in little more than 100 words of dialogue.

For those that haven’t seen it, Le Mans follows McQueen’s fictional factory Porsche driver Michael Delaney through the 1971 Le Mans 24 Hours race. Delaney has a number of encounters with the widow of a driver who was killed in an accident in the previous year’s race - an accident he may have been responsible for. He has a brush with death in a crash that puts his car out of the race, but he’s put in the team’s second car at the expense of an older driver contemplating retirement. And, after a forceful battle to the flag, Delaney finishes second to the lead Porsche.

Doesn’t sound like much to fill out 100 minutes, but the racing scenes - some filmed during the 1970 race, some staged later - keep you gripped.

Those scenes have been reimagined in a new graphic novel, Steve McQueen in Le Mans. Produced by Swiss publisher Garbo Studio - which was set up specifically to create the work - as a tribute to McQueen, it depicts key moments from the film in vivid color and minute detail. As you can see in the images below, it looks gorgeous.

Garbo Studio head Sandro Garbo said: “We’re really trying to push the quality of this graphic novel, as well as the endearing motivation behind it. It’s a volume that will delight any fan of classic automobiles, racing or the work of McQueen. My team has invested hundreds of hours into crafting the perfect volume, and we’re currently working to promote it to readers and groups around the world. McQueen knew no boundaries, and neither do we.”

A limited edition hardcover 'Tribute Edition' is on sale now.