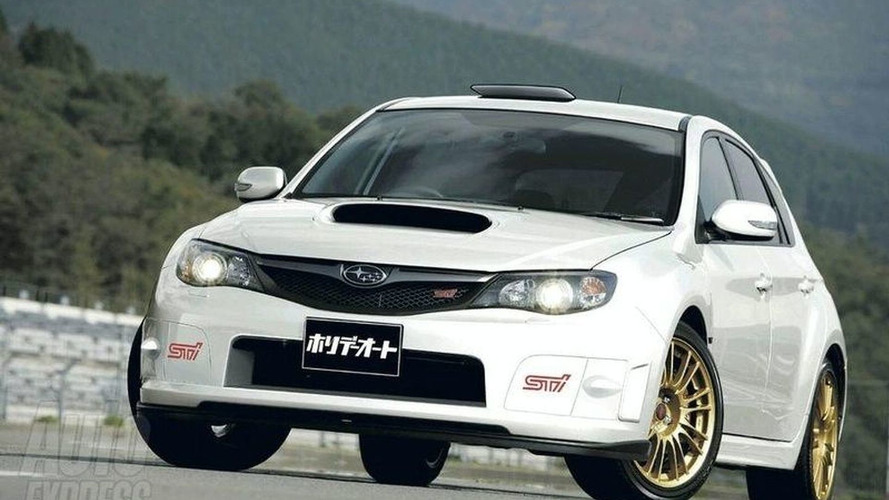 Subaru will respond to Mitsubishi's MR onslaught with a lighter, hardcore STI. Even the legendary gold rims will be seen again!

In the new STI Spec C, Subaru has found that less is more by shedding an average man’s weight off the curb, or around 70kg to leave the car weighing in at 1,400kg. How this was achieved, among other ways, was to get a revised aluminium boot – which should close with an even bigger clunk than previous gen Imprezas -, lighter roof, thinner glass, a smaller fuel tank and a compact 12v battery. STIs aren’t known for their kindness to petrol, therefore the tinier fuel tank may prove detrimental on long cruises. A power upgrade though, will ensure that this weight reduction is taken advantage of, so we expect some work to be done on 296 bhp to match up to Evo X’s MR or surpass it.

The UK, very keen on such models, will most probably see grey imports towards the end of 2008, about the same time the cars show up in Japan’s showroom floors.

Not to put too much pressure on the Impreza range, Subaru is hedging a little bit of performance on the adult side of things, improving Legacy’s power uptake to better match a grown-up M3 sedan and Merc’s C 63 AMG, as well as its own nemesis, the saloon Evo X. The car is to be badged S402, featuring same engine as Impreza STI, as well as a new 6-speed gearbox, stiffer suspension and racier interior.