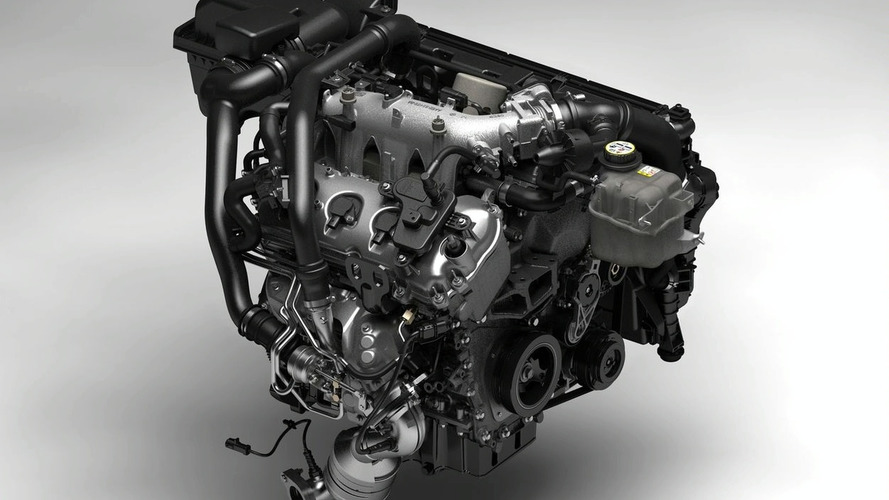 In an attempt to capture attention from speed freaks and Earth lovers alike, Ford today released information about the new Ford EcoBoost engine. The 3.5-liter twin-turbo V6 pumps out 355 hp with 350 ft-lb of torque.

The EcoBoost will debut in the Ford Flex, Lincoln MKS, and Lincoln MKT later this year. Ford claims the engine competes in power with rivals, like the 4.6-liter V8 engines found on the Cadillac DTS, Hyundai Genesis, and Kia Borrego In fact, they are quite right. The engine on the DTS gets up to 292 hp and 288 ft-lb of torque, while the similar Hyundai/Kia machine gets up to 336 hp and 323 ft-lbs.

Meanwhile, Ford estimates a 10 to 15% gain in fuel economy when compared to similar class vehicles. The American automaker will heavily push these figures on potential consumers, as the company sees more power and efficiency as a key to selling the three vehicles. "The beauty of EcoBoost is that it enables us to downsize for fuel efficiency, yet boost for power," said Ford product development VP Derrick Kuzak in a statement.

"We're able to decrease the size of the available engine - such as installing a V-6 versus a
V-8 - yet boost the power using turbocharging to deliver similar power and torque of that larger engine."

Direct fuel injection is all the rage these days, and Ford has included the system on their new engine. DFI helps make the engine more fuel efficient, and emit less C02, even at a cold-start.

The 2010 Ford Flex will be the first vehicle to offer the new Ford EcoBoost engine.