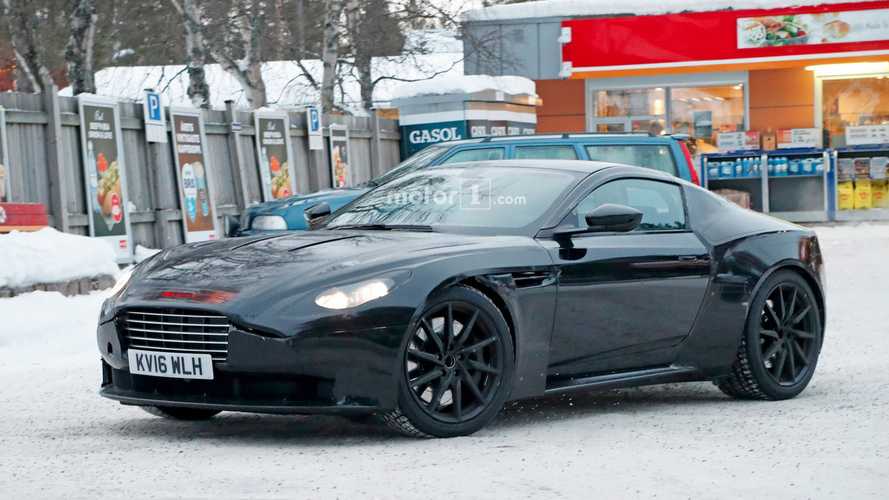 The new and improved Vantage will make its debut late in 2017.

Having been on the market since 2005 (with a refresh or two in between), the Aston Martin Vantage is in much need of an overhaul. That’s why next year, we’ll see an all new version on the road. But before we do, it has to go through some final testing.

Back in June, we saw the new and improved Vantage take its talents to the Nurburgring – wearing plenty of camouflage, of course – and now it was caught testing on public roads in Sweden. It’s the first time the new Aston has been spotted doing any sort of on-road winter testing.

Though the prototype shares many of its visual cues and components with the DB11, it’s actually shorter, wider, and utilizes a true two-seat layout rather than the 2+2 setup found in the larger DB11. It will use the same architecture, though, and will feature a similar interior language and technology setup as its older sibling.

Power will come from a range of two engines – a turbocharged 4.0-liter AMG V8, and a 5.2-liter V12. The latter of which develops 608 horsepower (453 kilowatts) and 516 pound-feet (699 Newton-meters) of torque in its current application. It's unclear which of the two engines is under the hood of the prototype you see here.

When the production version hits, the new Vantage will share a number of design cues with the current DB11. The sleeker fascia, aggressive wheel design, and angular rear will carry over, but it will sit on top of a package that’s lower and wider than the car it's replacing. Unlike the outgoing model, the new Vantage will be less of a true grand tourer and more of a sporty coupe.

We expect to see the new Vantage released sometime towards the end of 2017, but there’s no official timetable. It will be followed up shortly after its debut by a roadster version.