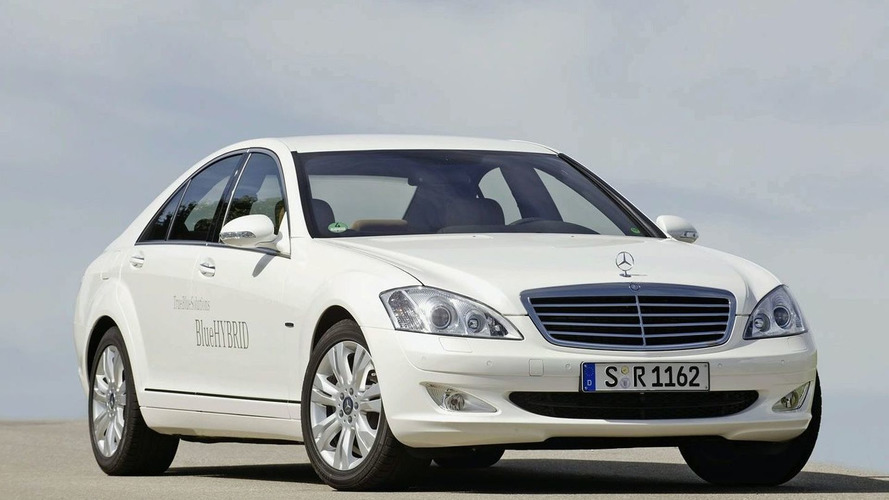 It is based on the S 350 model and features a heavily modified version of the 3.5-liter V6 petrol engine which generates 299hp(220kW) combined with a 20hp(15kW) compact hybrid module that has been specially developed for automotive use.

Mercedes-Benz has revealed the details of its first hybrid passenger car, the S 400 BlueHYBRID. It is based on the S 350 model and features a heavily modified version of the 3.5-liter V6 petrol engine which generates 299hp(220kW) combined with a 20hp(15kW) compact hybrid module that is equipped with a lithium-ion battery and has been specially developed for automotive use.

The disc shaped electric motor has an operating voltage of 120 Volts and acts as both a starter and a generator, it compliments the engine from the S 350 and they combine to not only improve the models environmental attractiveness but also help in the performance stakes as well.

The electric motor gives the model a starting torque of 160Nm (118lb-ft) before maxing out at 385Nm (284lb-ft) and allows the model to accelerate from standstill to 100km/h in 7.2 seconds, 0.1 seconds quicker than its base S350 model. Also featuring Mercedes' 7G-TRONIC automatic transmission, the powertrain makes the S 400 BlueHYBRID the best performing vehicle in its class in the green stakes, fuel consumption now stands at just 7.9 liters per 100km (29.77mpg) whilst CO2 emissions emit 190g/km.

Further Daimler technologies are included in the model boosting the overall efficiency including a regenerative braking system known as recuperation that converts the kinetic energy into electrical energy as well as a start/stop function on the motor that switches the engine off when it is not needed. This latter feature is even more efficient on the S 400 BlueHYBRID with the help of the 160Nm of starting torque the new hybrid provides.

The Mercedes S 400 BlueHYBRID will be unveiled to the public at the Paris Motor Show next month before heading for production next year. Europe will be the first to be treated to the new hybrid model in June 2009 with China and the USA to follow shortly after in August and September respectively.