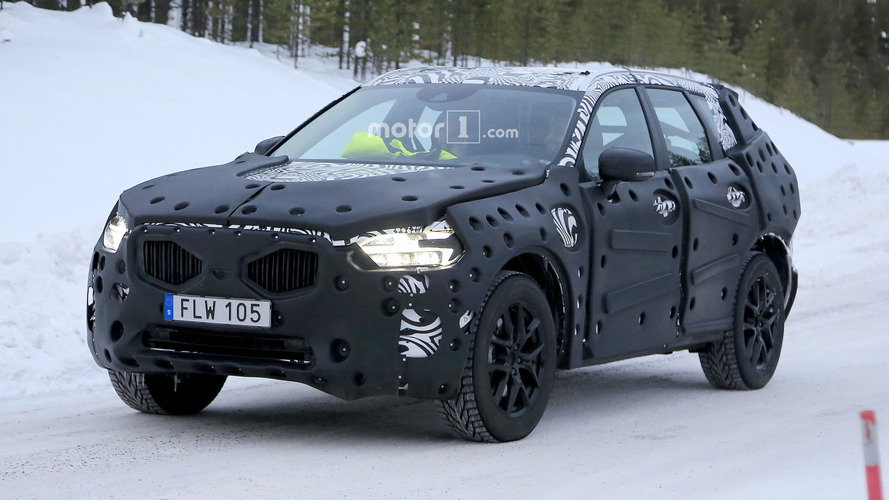 Is it going to look like a downsized XC90?

Even though it has been on sale for more than eight years, the XC60 is still going strong in the hugely competitive compact crossover segment in which virtually all of its competitors have been refreshed. Volvo is working on an all-new version based on the company’s SPA platform that debuted on its bigger brother, the XC90. It has also served as foundation for the S90 sedan and V90 wagon duo and now is being put to good use on the second-gen XC60.

The prototype has been spotted conducting cold-weather testing in northern Sweden still carrying a lot of camouflage to conceal a design that by the looks of it will have a lot in common with the aforementioned XC90. The signature vertical taillights will live to see another generation while up front the headlights will host those fancy Thor’s Hammer LED daytime running lights as seen on Volvo’s SPA-based models.

A minor increase in size is expected to free up more room for passengers as well as increase the trunk’s capacity to make the new XC60 a better companion on longer trips. Even though it will likely end up a tad bigger, the SPA hardware will bring a weight loss that will also pay dividends in terms of efficiency and performance.

As far as the engines are concerned, an assortment of turbocharged four-cylinder gasoline and diesel units will be on offer and are going to be closely related to those inside the XC90. Polestar will likely fiddle with them in order to squeeze more power, but don’t hold your breath for any Volvo engines with more than four cylinders as the Geely-owned marque has made it clear its focus from now on is going to be on downsizing. The top-of-the-range variant is expected to be a T6 Twin Engine model in the same vein as the S60L T6 Twin Engine launched in China last year, but probably an evolution of that setup.

Some say the second-gen XC60 will be unveiled at the Frankfurt Motor Show in September 2017, but that can’t be true because the “Volvo Way to Market” strategy does not include a presence at IAA. Volvo is only attending three big car shows: Geneva, the alternating Shanghai/Beijing, and the North American International Auto Show (Detroit). That’s why we believe the XC60 will either be introduced at a special event next year organized just for it, much like it was the case with the V90 Cross Country, or it will bow in January 2018 at NAIAS.