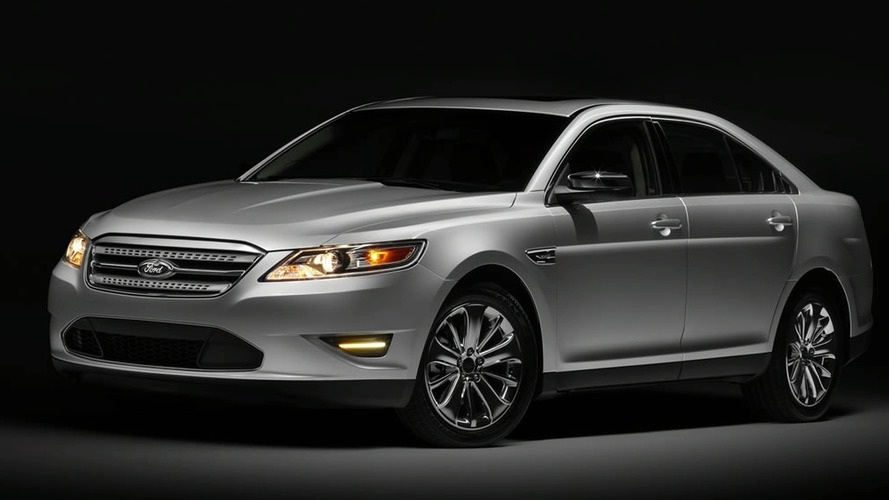 Ford has decided to put the bland current generation Taurus behind them by officially debuting the new 2010 Taurus at the North American International Auto Show in Detroit.

Ford has decided put the bland current generation Taurus behind them by officially unveiling the new 2010 Taurus at the North American International Auto Show in Detroit.

The exterior portrays a much more polished image with its Euro inspired styling and powerdome hood. A lowered roofline gives the new sedan a more aggressive appearance and the sculpted body work helps to back up that message. Wheel sizes will range from 17- to 20-inches with the specific intention of filling the wheel wells more tightly, resulting in a more substantial exterior appearance.

Under the hood resides Ford's 3.5-liter Duratec V6 that is rated at 263 horsepower and 249 foot-pounds of torque, while the engine is a carry over from the previous model it is hooked up to two brand new six-speed automotive transmissions that offer better fuel economy and enhanced driver involvement. The company has also announced plans to add the 3.5-liter EcoBoost engine to the Taurus lineup later this year, that engine will most likely provide power for the upcoming Taurus SHO. Ford is backing up the sporty exterior appearance with several new performance options such as the SelectShift transmission that features rev-matching downshifts and the ability to hold gears and the new SR1 suspension that has stiffer rear shocks and offers a better balance between cornering and handling.

Ever since Ford launched the SYNC system several years ago, the company has been pushing advanced technology as a way to reach new customers and the 2010 Taurus is no exception. Among the options are adaptive cruise control with collision warning and brake support, keyless entry and push button starting, automatic high beam and wiper control, blind spot warning lights mounted on the side mirrors, and multi-contour seats that provide a massage for relieving back pain and fatigue during long trips.

Look for the new Taurus to hit dealerships this summer with prices starting at $25,995.