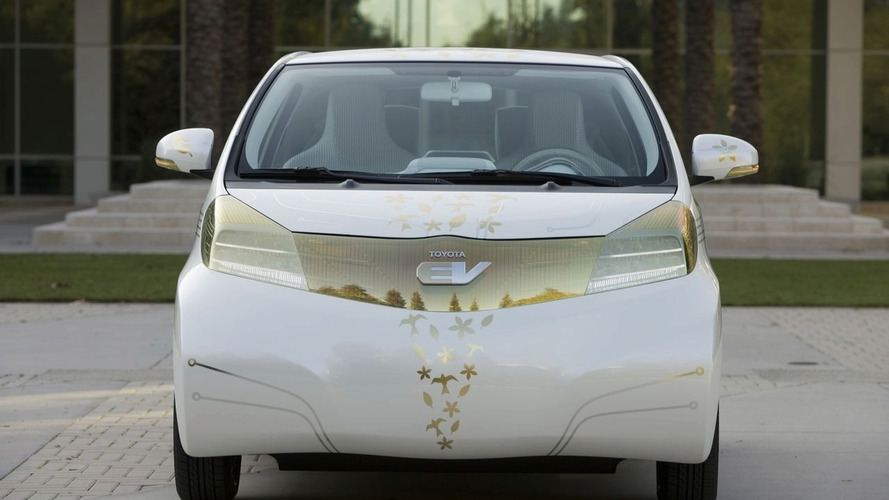 Toyota has officially pulled the wraps off the new FT-EV concept at the North American International Auto Show, foreshadowing an upcoming battery-electric vehicle that is intended for production by 2012.

Toyota has officially pulled the wraps off the new FT-EV concept at the North American International Auto Show in Detroit. The concept foreshadows an upcoming battery-electric vehicle that is intended for production by 2012.

Built on the same platform as the Toyota iQ, the FT-EV concept features exterior styling that is strongly influenced by its corporate cousin. Although the company declined to provide any real information about the concept, Toyota did state that they envision the FT-EV as the perfect urban runabout that would normally only be used for short trips of under 50 miles or less.

The company also announced plans to move up production of the Prius plug-in hybrid. Starting later this year the company will build and deliver 500 Prius plug-ins to global lease-fleet customers, with a 150 coming to the United States. This new version of the Prius will feature the first use of lithium-ion batteries that are designed and built by a joint venture between Toyota and Panasonic. Toyota hopes that by putting 500 Prius plug-ins on the street the company will receive valuable information about the performance and durability of the new lithium-ion battery while getting first hand accounts about how future potential cosutomers might respond to the plug-in process.

Toyota also reiterated their commitment to a green future by announcing plans to launch as many as 10 new hybrid models for various global markets in the next few years, including the redesigned Toyota Prius and all new Lexus HS250h, both of which will also debut in Detroit.