Fisker EMotion shows off its rear 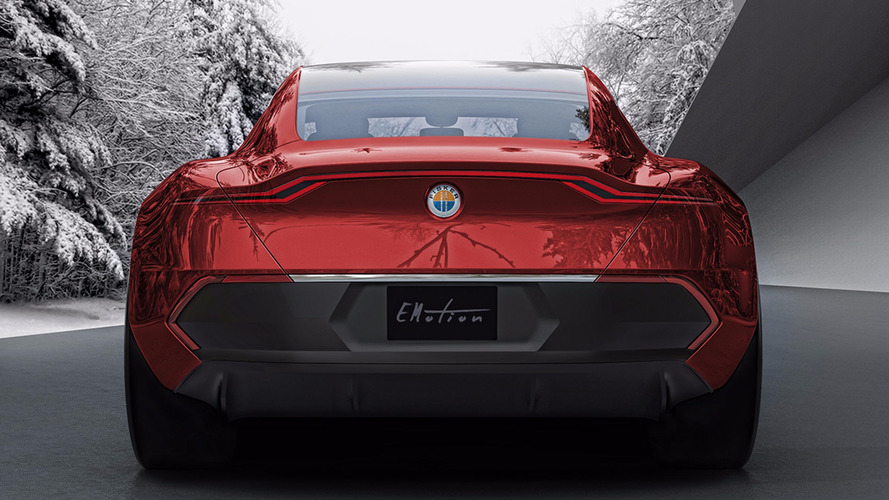 The back end of the upcoming luxury EV looks rather more elegant than its decidedly aggressive front.

Electric car maker Fisker has revealed the first image of the rear end of its upcoming EMotion luxury sedan on its Facebook page.

A thin strip of LED lights spans the entire width of the car, doubled up around the corners and part way across the trunk lid. Below is a rear diffuser that Fisker claims improves the car’s aerodynamic efficiency.

Contrasting with the simple, even elegant, side and rear views, the front is decidedly busy. It’s full of slots and ducts that presumably serve vital aerodynamic and cooling functions, but don’t look cohesive. And the sharp, boomerang-shaped headlights lend it an aggressive, glaring “face”.

The EMotion uses bleeding-edge graphene battery technology - developed by Fisker Nanotech - that is claimed to reduce charging times, and increase range and battery life. Fisker claims the EMotion is capable of a range of 400 miles.

There are no details on the next-gen powertrain as yet, but there is talk of a 161 miles per hour top speed.

However, Fisker has revealed that the powertrain opened up better interior packaging solutions. “Fisker has taken advantage of the newly developed electric powertrain layout by pushing the vehicle’s entire interior compartment forward and increasing the wheelbase with distinctively short front and rear overhangs, a layout that increases the interior space,” the company said in a press release.

The EMotion was designed by Henrik Fisker, who also drew the BMW Z8 and Aston Martin DB9, and founded the original Fisker brand, known for the range-extender hybrid-powered Karma sedan.

“Because of the better packaging of an EV model, we have been able to create a more dynamic and sporty design but the legroom is on par with large luxury saloons [sedans],” Fisker said in an interview with Autocar.

Built from carbon fibre and aluminium, with four gullwing doors, the Tesla-rivaling EMotion will be a high cost, low volume car. A second, more affordable model, built by an existing automaker, is also in the works.

The EMotion is expected to go on sale towards the end of 2017.