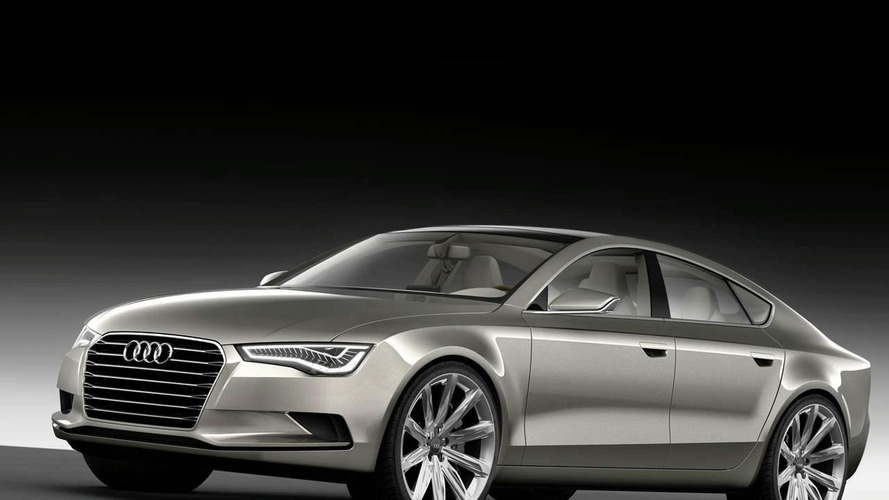 Pictures depicting the Audi A7 has been leaked. The A7, dubbed Sportback Concept for the purposes of the Detroit Auto Show, will be on the market by the middle of 2009.

Audi's Sportback concept will make its debut at the Detroit Auto Show which begins in less than a day. These are the first leaked images of the car. The Sportback concept represents the future Audi A7, a four-door 2+2 coupe said to be larger in size than the current A6. As much as it is a concept, Audi's recent design philosophies are all over the Sportback including those LED lights and the smiley grille, though this time it's upside down.

The vehicle's roofline and smaller rear window shows a fastback blueprint which could mean the A7 is a full-on hatch. It will be built on Audi's new modular longitudinal build kit (LBK). This modular setup can be adjusted for length, width and height to suit whatever application it's needed for. Other future large Audis are expected to use the same chassis setup.

The A7 will mark Audi's entry into the four-door Grand Tourer market where at the moment the Mercedes-Benz CLS reigns supreme and Porsche's new Panamera has also entered. Other players like the Aston Martin Rapide and BMW CS concept-based car will soon join the segment. The production car should be seen on many roads by the last quarter of 2009.