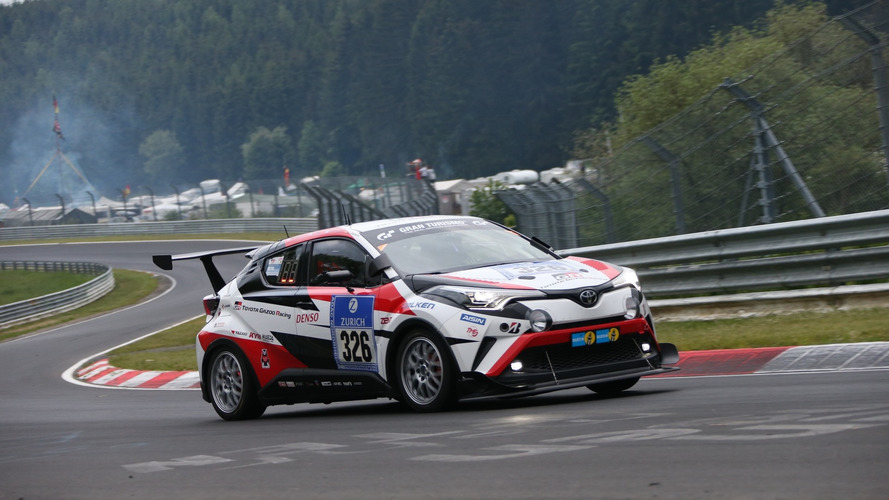 Motorsport Turkey interviewed Herwig Daenens who is a member of the TME R&D Vehicle Testing Department and drove the race-spec Toyota C-HR.

Toyota entered the race with three cars by Toyota Gazoo Racing works team, a C-HR crossover and two high-performance production coupe models from sister brand Lexus. In recent years, the GT86 has been improved by taking part in endurance races, so naturally Toyota wants to do the same with the high-riding C-HR model.

Among a total field of 158 cars, the #326 Toyota C-HR race car driven by Masahiko Kageyama, Kumi Sato, Tomoyuki Katayamam, and Herwig Daenens took a creditable 84th place in the overall standings. It managed to cross the finish line third in the SP2T class, which is reserved for cars with turbocharged engines and a maximum displacement of 1,620cc.

Endurance races such as the 24 Hours of Nürburgring provide a valuable opportunity for Toyota to develop appealing and responsive cars through the medium of motorsport. Meanwhile, the active involvement of mechanics, engineers, and test drivers plays a vital role in delivering the company-wide commitment to build better cars.

Herwig explains: “Deeply involved in the development of C-HR, I worked closely with Mr. Hiroyuki Koba, Chief Engineer for C-HR. Koba-san is a big motorsport enthusiast, with petrol in his blood. He kindled the idea of getting the two of us – him and I – to drive a C-HR in the 24-hour Nürburgring race.”

“The Toyota C-HR’s engine size and power were among the lowest on the track, so we knew it would not have the top speed – yet, it had good potential in cornering. And we had no doubts about its durability. CH-R proved its reliability and consistency by finishing 84th among 160 starters."

“This was our final test drive. The race result was not our ultimate goal – that is where Toyota will start looking for ways to bring progress, challenging its members’ ability to make better cars.”

What are the main differences between the road car and this race version?

The track-only vehicle is based on the road-going production model as it uses the same body, suspension and engine, but there are a few changes:

What are the benefits of attending this race?

Attending races like this is part of the Gazoo spirit, where races serve as foundation to produce better cars and at the same time to train our staff members. Staff members from various parts of R&D are selected to work on race-related projects such as this one for a determined period of time, allowing them to develop their skills in a very competitive and flexible environment. By doing so, Toyota aims to have these skills spread throughout its R&D community afterwards. But the knowledge obtained after each race will also serve as direct input into the vehicle’s development.

In the particular case:

Given the test results, is the car competitive enough?

Despite having the smallest engine in the field (clear disadvantage in the straight and uphill sections), we were able to work our way up to position 84 thanks to an outstanding handling performance and a very high and well balanced cornering power. The modest fuel consumption allowed us to drive two-hour stints.

Most of the manufacturers seem to develop their cars at the Nürburgring. Why do you think that it's like that?

Nürburgring Nordschleife provides an ideal combination of high- and low-speed corners combined with undulations, elevation changes and unpredictable weather conditions. It's a worst-case scenario to develop suspension, brake and chassis control systems, so "if it works there, it works everywhere."

There are some people in the automotive industry who believe developing cars on race tracks makes them unnecessarily sporty and this hampers comfort. Do you agree with them?

Since this is a prototype, I assume there might be a production derivative. Are we going to see a 'spicy' C-HR in the near future?

A lot of us would like to see a ‘spicy’ version, because we all feel that the chassis clearly has the potential. For now, we do not want to make comments on our future product plans.

Gallery: Toyota Gazoo Racing C-HR at the 24 hours of Nurburgring 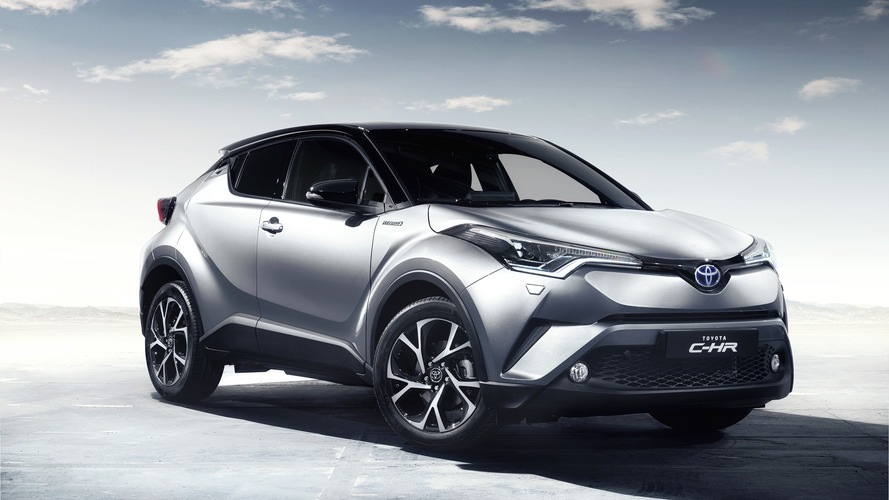