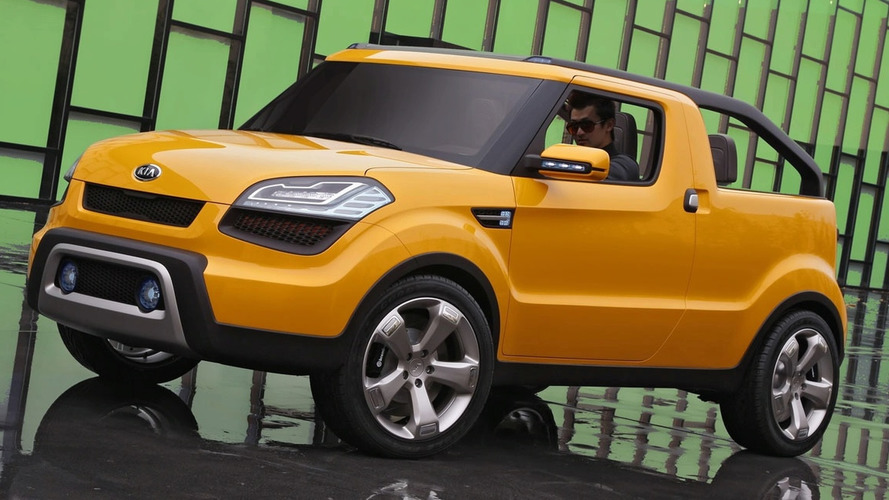 Kia has unveiled what they hope will be the little darling of its floor show in Detroit and, one day, a hit with consumers in the showrooms too.

The Kia Soulster Concept is based on the Soul Concept which debuted at the Paris show last year. The Soulster remains a crossover like the Soul but has an open, pick-up-like bed and a removable roof. It's the kind of car that looks like it belongs permanently on a beach. What do you call those?

The car comes in yellow, which Kia (pretentiously?) calls Soulster Yellow. There's the requisite roll bar for such vehicles. What the crazed teenagers will be holding onto as the car barrels down the beach once the tide goes out. LED lights are supposed to emit a cool shade of blue glow.

Under the hood, things are a little more conventional with the Soulster being powered by Kia's 1.6 liter GSL gasoline engine or the 1.6 liter CRDi diesel.