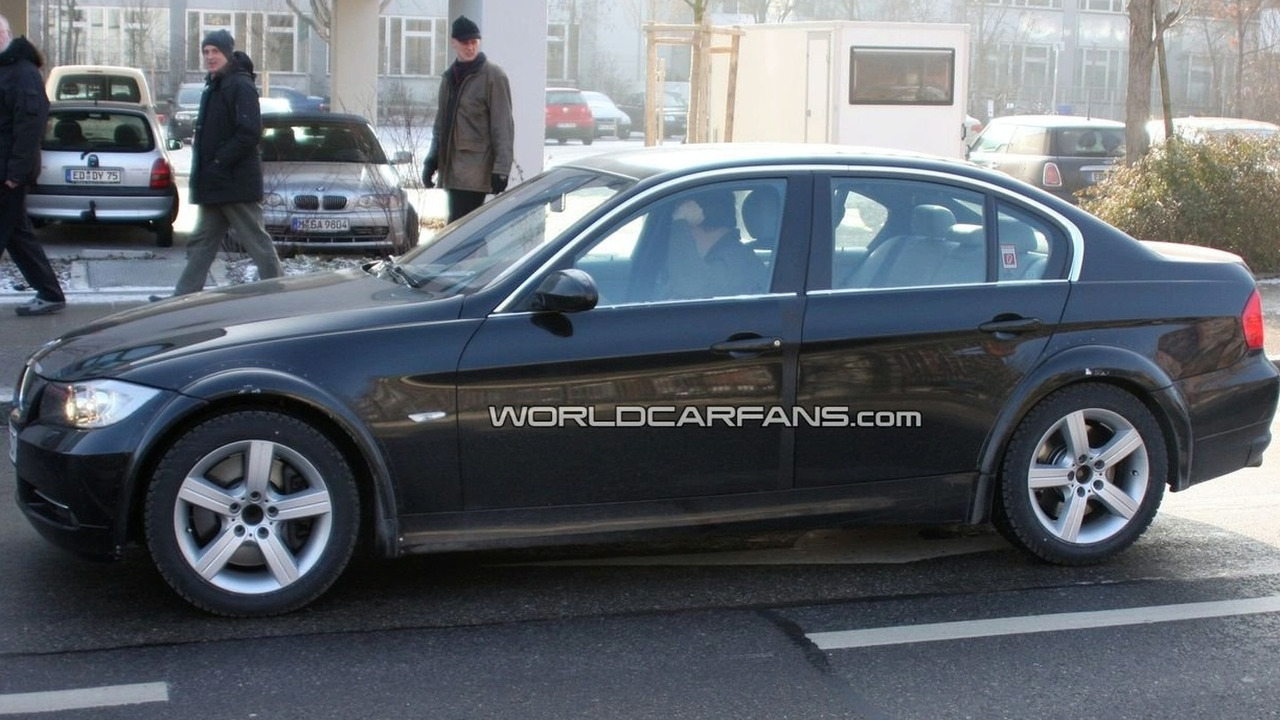 Spy shots of chassis mule reveals larger dimensions for next generation BMW 3 series. BMW will begin testing an actual prototype of the 3 series next winter. The car is set to debut in 2012.

The debut of the next generation BMW 3 Series is still several years away but here we get an inkling as to what's coming.

But an inkling is all we get. This is a BMW 3 series chassis testing mule so there are no design hints available here. We can have a look at the dimensions, though, and artfully deduce that the next generation 3 series will have a longer and wider wheel base. The car is growing. Well, they always do, don't they?

BMW will be testing this mule for about a year until next winter when it begins trials on an actual 3 series prototype. Only then can we begin the barrage of criticism that hits BMW every time they restyle even their stationary. They went to far, they didn't go far enough, etc. etc. But at the end of the day BMW is still the most cutting-edge premium brand around and most critics admit, sometimes grudgingly, that their models are consistently well-crafted works of automotive ingeny.