2017 Subaru Impreza earns trophy as Japan's car of the year

The model is already available in the United States, and buyers can choose between a five-door hatchback or four-door sedan.

The 2017 Subaru Impreza has taken this year’s honor for the 2016–2017 Car of the Year Japan. A large panel of Japanese motoring personalities, including journalists, racing drivers, and industry experts, vote on the award. Vehicles launched between November 1, 2015, and October 31, 2016, are eligible.

A translation of Car of the Year Japan’s Website indicates that the voters enjoy the performance the Impreza’s new Subaru Global Platform. They also like that it’s the first model in the Japanese market from a domestic brand with include a standard pedestrian protection airbag.

In the United States, the Impreza exclusively comes with a 2.0-liter flat four-cylinder engine that produces 152 horsepower (113 kilowatts) and 145 pound-feet. A five-speed manual is available, but most buyers would probably choose the continuously variable transmission. Examples with the CVT get 28 miles per gallon city and 38 mpg highway. Overall, the model is slightly longer and wider than the previous generation. The wheelbase also grows, which means there's more interior room. 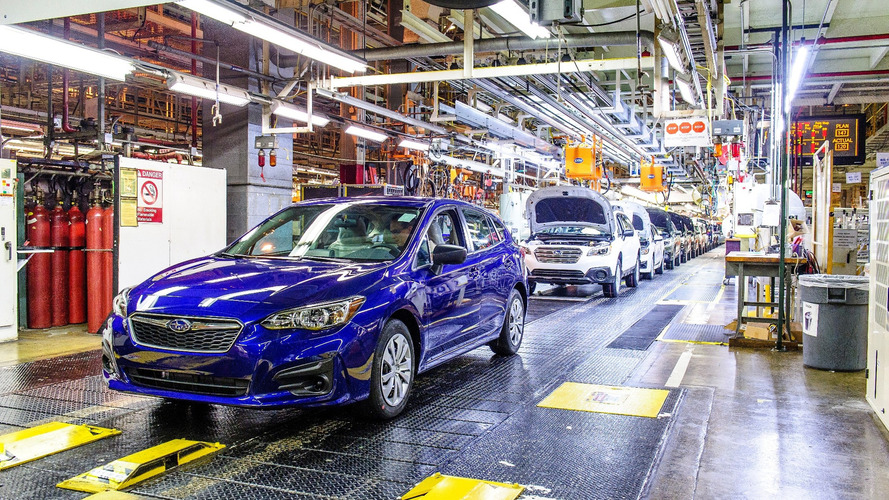 The 2017 Impreza starts at $19,215 (after $820 destination) for the four-door sedan and $19,715 for the five-door hatchback. However ticking every option box takes the price to $30,350, which includes amenities like a leather interior and an eight-inch infotainment system. Buyers can also order Subaru’s EyeSight driver assistance suite that includes adaptive cruise control, pre-collision braking, and lane departure warning.

Subaru is building the Impreza in the United States for the North American market for the first time. They are rolling off the assembly line at the firm’s plant in Indiana, which also builds the Legacy and Outback. The site will eventually build the company’s forthcoming three-row crossover in 2018, too.

Subaru last won the award in 2003 when the Legacy earned the honor. Last year, the panel chose the Mazda MX-5 Miata for the trophy. The roadster eventually also won World Car of the Year.

December 9, 2016
Tokyo, December 9, 2016 – Fuji Heavy Industries Ltd. (FHI), the manufacturer of Subaru automobiles, is pleased to announce that the all-new Subaru Impreza has been named 2016–2017 Car of the Year Japan. This is the second time Subaru has been awarded the honor, following the Legacy’s win in 2003.

Based on the Subaru Global Platform, the all-new Subaru Impreza aims to offer the utmost “Enjoyment and Peace of Mind” driving experience to all drivers and passengers, with an array of new technologies that greatly enhance all-around safety as well as dynamic and static quality feel. It is the first car ever produced by a Japanese brand to include a pedestrian protection airbag as standard*.
In about a month since its launch on October 13 in Japan, the new Impreza outsold its monthly sales target of 2,500 units by more than fourfold, with 11,050 orders. Demand from customers switching from other brands has been especially notable, representing 51% of all orders and indicating that new Impreza is attracting an ever-wider range of customers in Japan.

“It is a great honor that the Impreza has been recognized with this distinctive award,” said Yasuyuki Yoshinaga, president and CEO of FHI. “I would like to thank our customers, suppliers and shareholders for their continued support for Subaru and I am grateful to all those who contributed to this achievement. We will continue to enhance our efforts to offer an ‘enjoyment and peace of mind’ driving experience to all customers.”