Burgess: ‘Tis the season for awards 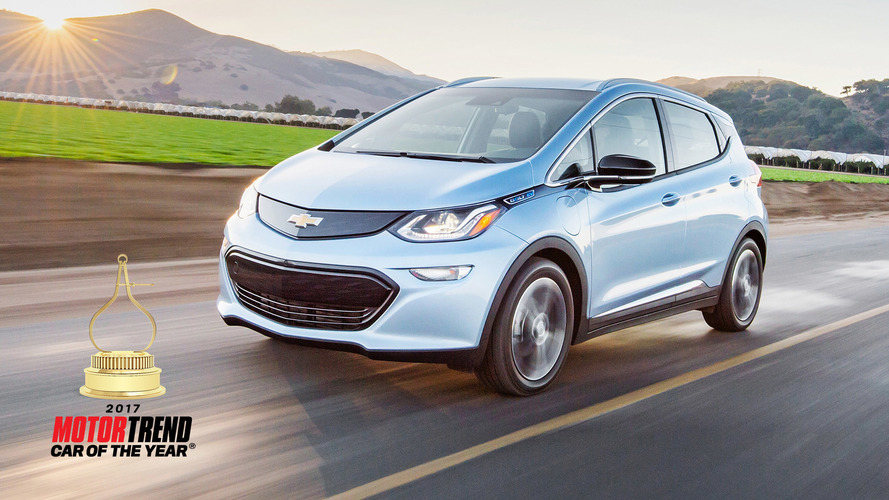 Do accolades from the motoring media really mean anything?

Journalism loves awards. Perhaps it’s because the pay is so low that a few trophies along the way make us feel better that at least the first line of our obituaries are already written: “Award-winning journalist Scott Burgess died during a fiery rollover...”

Our affinity for awards has translated in the automotive world to also giving them out. This week, the North American Car and Truck of the Year organization announced its finalists – as well as changed its name to North American Car, Truck, and Utility of the Year, because of the newest category creates another award.

Its finalists include the Chevrolet Bolt, Genesis G90, and Volvo S90 for car of the year; Ford F-Series Super Duty, Honda Ridgeline, and Nissan Titan for truck; and Chrysler Pacifica, Jaguar F-Pace, and Mazda CX-9 for utility. Winners are announced in January, though I’d put money on the Bolt, Ridgeline, and Pacifica. Some vehicles stand out more than others.

Motor Trend, a publication I worked for, has already announced its winners, the Bolt, Super Duty, and Mercedes GLC. Car and Driver, whose 2017 10Best carries over six vehicles from the previous year, recently provided its list as well.

There will also be an International Car of the Year as well as numerous other awards from specific publications, newspapers, and websites honoring the best engines, the best interiors, the best technology, the best machine voice for a navigation system – okay, I made up that last one – but you get the picture. Automotive awards are nearly as common as end-of-year roundup stories.

This year, of course, will be the year of the Bolt. Chevy delivered a true electric car that drives great – at least I’ve heard it does – with a 200-plus-mile range. This is a real step toward electrification, like it or not, and also marks the end of electric cars winning any of these awards just for being electric. It will be on the top of a lot of lists.

One thing I’m not going to do is disparage these awards with a call to arms or claim they are bought and sold. They're not.

One thing I’m not going to do is disparage these awards with a call to arms or claim they are bought and sold. They're not. The awards I have worked on did not gain financially by picking one vehicle over another. It's easy to argue the choice sometimes, but the motivations are usually sincere. The awards are certainly self promotional and carmakers do spend millions of dollars on ads, sometimes in the same magazine, website, or newspaper providing an award. You could argue that an award might sway a carmaker to spend more money in that publication, but it still gets the award if it doesn't. The real money the carmakers spend is providing vehicles for testing. They don't spend a dime unless they think it is worth the investment.

Dealers, the real source of revenue for newspapers, might even threaten to pull their ads in protest. But, again, that is only after the fact, and they usually come back. Potentially any award could be bought and there is the possibility that a company might pay money for pulling favorable quotes or mentioning an award in an ad. I do know personally that in the case of my own words appearing in an advertisement, I never saw dime, nor did my publication. Even buff books keep their editorial teams away from their money people for good reason.

In fact, the awards I have helped hand out were just a lot of work. During my short time at Motor Trend, I would spend nearly a month of 15-hour days each year testing, driving, discussing the different “of the year” vehicles, and never once did I ever see an automaker nearby with a bag of cash. The award standards are rigid and comprehensive, and, most important, winners are selected by passionate and knowledgeable journalists after careful deliberation. Even when my vote went to a losing vehicle, I could understand someone selecting something else and fully supported the winner. It would be much easier if a carmaker did just buy it.

I will assume that similar thought and serious consideration is put into all of the other awards, barring evidence suggesting otherwise. Every year, there are scores of new vehicles arriving with new engines, interiors, exteriors, or that are completely new, and merely evaluating all of them is a serious undertaking.

I do not think the awards are as influential as they may have been in the past, perhaps, because there are so many that they have become about as impressive as a participation trophy at youth soccer tournament. But that doesn’t mean they are a bad thing, it only means consumers may have a tougher time figuring out which award, if any, should influence their next purchase.