How we think the Faraday Future SUV will look 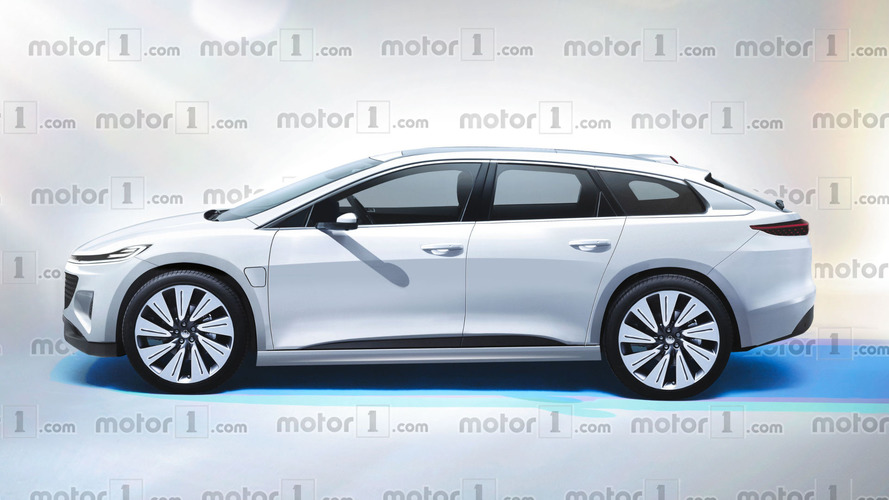 Also, yet another teaser has been released.

The all-electric SUV has been caught on camera on multiple instances, so today we’re trying to see what was hiding underneath that thick amount of camouflage. It won’t look like a conventional SUV since Faraday Future’s designers are going with a coupe-like sloped roofline and a relatively short hood. Not only that, but the recent teaser images have shown both LED headlights and taillights will have an interesting design more suitable for a concept car rather than for what FF advertises as being a production model.

The render should manage to paint an accurate picture of what to expect from the real deal, an interesting silhouette that kind of reminds us of those jacked-up wagons with a more generous ground clearance. Finger crossed it won’t be all in vain as it does indeed look promising and we sincerely hope it’s actually going to happen. With several spy shots and a multitude of teasers, Faraday Future has created quite the buzz around its electrified SUV.

Speaking of teasers, FF released on Thursday a new one partially revealing the vehicle’s front end, while a very short clip also published yesterday is showing a camouflaged prototype while undergoing testing. Once the disguise will come off, a bold-looking SUV will reveal itself to take on the Tesla Model X and the forthcoming Audi E-tron.

FF is keeping the technical details shrouded in mystery, but rumor has it a range of more than 300 miles (482 kilometers) will be possible thanks to a large 92-kWh battery pack. Like all future production models, the yet unnamed SUV will ride on the proprietary “Variable Platform Architecture” and is going to be available with all-wheel drive as well as with autonomous driving technologies.

We will know what’s what on January 3, 2017 when FF will finally unveil the model. Keep in mind one of the teasers is showing the zero-emissions SUV with cameras instead of mirrors, so the vehicle bound to be shown in Las Vegas won’t be a 100-percent production model since only in Japan it’s legal to replace conventional mirrors with cameras.