Production Ready Chevy Beat set to be Unveiled in Detroit 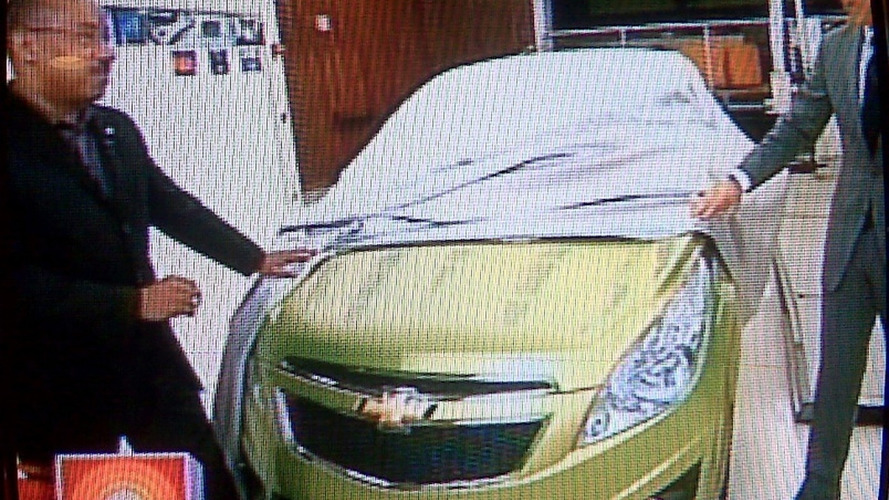 Despite saying it would never happen, General Motors will debut the new Chevrolet Beat at the Detroit Auto Show.

GM gave American morning television programme the TODAY Show a sneak preview of their latest production car. All the hints point to this being a production model of the Chevy Beat.

Flashback to April 2007 when the Beat concept debuted at the New York Auto Show with the Groove and Trax concepts. To test the popularity of the three, Chevy ran an online poll asking voters to pick their favorite. More than four million people voted, with nearly half going to the beat.

Now take a look at the video posted by Jalopnik of TODAY host Matt Lauer and his guest, Ed Welburn of GM, talking about the new car. Lauer says, "This actually debuted [as a concept] at the New York Auto Show a couple of years ago..."

Welburn replies, "Over two million people on the internet voted. We had three different concepts and they voted this as their favorite."

Bingo. The Chevy Beat it is. Welburn says this car will be affordable, meaning this could be a big seller if GM did not mess around with the concept too much. It debuted as a three-door hatch powered by a 1.2 liter turbocharged petrol. Front-wheel-drive and an automatic transmission would mean lower costs and wider appeal.

From the brief reveal, we can see that the relative shape stays the same, including the headlights. Fog lamps are different then the concept, as is the ridged hood on this production version. Otherwise, styling along the front bumper, grille shape, and lower lip see little change. The city car was supposed to have gobs of technology, including sat-nav and a top-shelf stereo. We're betting those options do not come standard.

How great would this car have been as either a hybrid or plug-in electric? We'll get the full story from GM about plans for this car soon. You can view the new Chevrolet Beat at the Detroit Auto Show, or in Transformers: Revenge of the Fallen later this year.