You can't drive the Ford Mustang FP350S on public roads 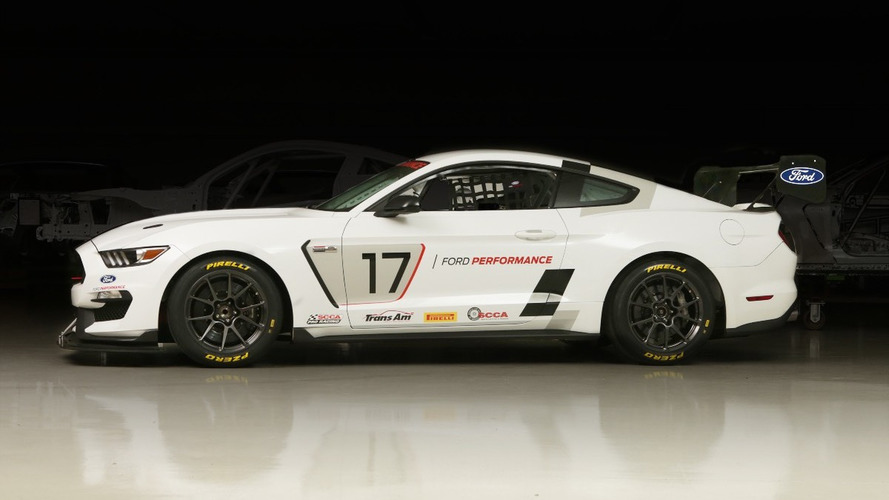 The latest track-only 'Stang has been developed to participate in Trans Am, NASA and SCCA club racing events.

Ford Performance is adding another race car to its growing portfolio by introducing the all-new Shelby FP350S created as a successor of the Boss 302S. Debuting this week at the 2016 Performance Racing Industry show in Indianapolis, the new vehicle has been designed to take part in a variety of road racing sprint events in classes such as the Trans Am (TA3 and TA4), NASA, SCCA club racing (T1 and T2), and others as well. It follows a plethora of other turn-key race cars, among which we mention the FR500C, Boss 302R, as well as the Shelby GT350R-C and GT4.

Its heart and soul is a V8 5.2-liter engine optimized with Ford Performance Parts and linked to a Tremec 3160 manual transmission featuring an integral oil pump. The stripped-out race car has received a modified unibody chassis with seam welding and also comes fitted with a FIA-compliant six-point roll cage. It should deliver an intense soundtrack thanks to its race-oriented exhaust, while its beefy body kit with a front splitter and a carbon fiber adjustable rear wing will certainly make an impression on the Mustang scene.

The FP350S sits on 19-inch alloys, but Ford Performance will also offer an optional set of 18-inch forged wheels. Other goodies on the menu include the race-oriented suspension, high-performance brakes, and electric steering calibrations. Rounding off the upgrades are the MOTEC data acquisition system, FIA-compliant Sparco racing seat, a quick-release steering wheel, and a Sabelt racing harness also with FIA’s stamp of approval.

Ford says it will have the all-new FP350S on sale at its dealership network across the U.S. of A. in the nearby future.

Shelby FP350S - designed for road racing sprint events in classes including, but not limited to, Trans Am (TA3 and TA4), NASA and SCCA club racing (T1 and T2) - is the latest offering from Ford Performance in a long line of turn-key race cars that include the FR500C, BOSS 302R and 302S, and most recently, the IMSA Continental Tire SportsCar Challenge championship-winning Ford Shelby GT350R-C and GT4, unveiled at SEMA this year.

“Our goal has always been to provide those who want to race with equipment that enables them to compete and win,” said Dave Pericak, global director, Ford Performance. “Shelby FP350S is our latest example.”

Highlights of the all-new Shelby FP350S include:

The all-new Shelby FP350S will be available to order at Ford Dealerships throughout the United States soon.