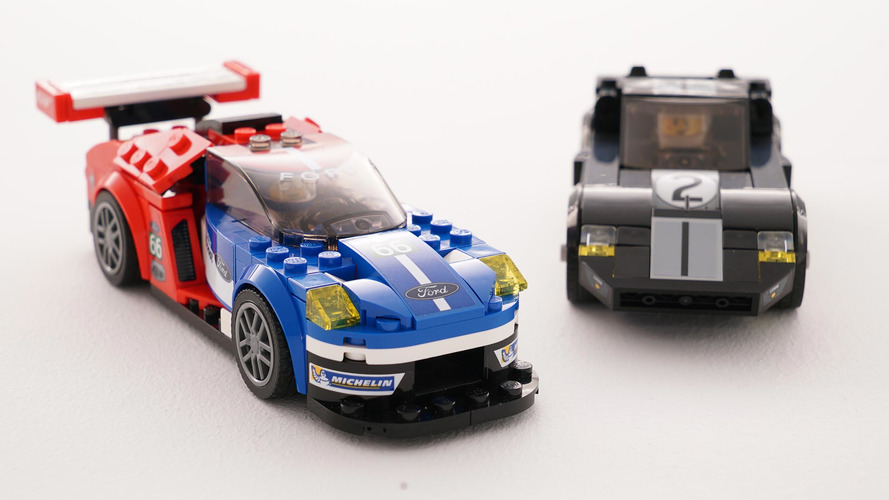 The new kits let you build a couple Formula One racers, some modern hypercars, and track-spec sports cars.

Lego’s Speed Champions line of automotive models will feature some new kits in the first quarter of next year. Rather than the gargantuan sets like the 2,704-piece Porsche 911 GT3 RS, these will be more manageable projects for less experienced builders. Unfortunately, there no pictures of most of the new toys yet, according to Brick Show.

The new entries in the Speed Champions line lean heavily on race cars. The only road-going model in the group is a Bugatti Chiron. People can put the kit together and simulate the hypercar’s recent first crash. The toy is surely easier to reassemble than the $2-million coupe.

Formula One fans can look forward to separate kits of the Mercedes and Ferrari racers. Builders can pretend taking over Nico Rosberg’s seat and speeding the little car around their desk.

The other Prancing Horse in this group is a playset of the Ferrari FXX K and its development center. The model lets builders pretend to be one of the company’s ultra-wealthy clients that get to drive one of these 40 hypercars on tracks around the world.

Sports car racing fans can look forward to the Mercedes-AMG GT3. The speedy coupes compete all over the world, including in the GT Daytona class in the IMSA WeatherTech SportsCar Championship and GT300 class in Japan’s Super GT series.

There’s also a set that Brick Show simply refers to as Mercedes Pit Stop. It’s not clear what type of racing this kit covers, though.

Finally, Ford already confirmed a set combining the 2016 Ford GT and 1966 Ford GT40 race cars. The kit includes driver minifigures, a checkered flag, and a trophy that lets builders re-create the vehicles’ class victories at the 24 Hours of Le Mans. It goes on sale in Europe on March 1, 2017, for 34.99 euros or 29.99 pounds ($38). There’s still no info on when the toys go on sale in the United States.