You could own this unique Ford Mustang from SEMA 2015.

There are plenty of reasons why you should consider going out and buying a new Ford Mustang. But here’s at least one reason you shouldn’t. This 2015 Ford Mustang EcoBoost custom is up for grabs on eBay right now

– and it’s sure to turn some heads.

Created by Classic Design Concepts out of Wixom, Michigan, it’s dubbed the Ford Mustang Outlaw, and features over $10,000 worth of upgrades to the exterior and interior. Those upgrades include things like 20-inch wheels with reflective red inserts, a switchback LED grille, a new lip spoiler with red accents, side skirts, a roof spoiler, and some subtle black and red graphics on top of the Oxford White exterior, just to name a few. 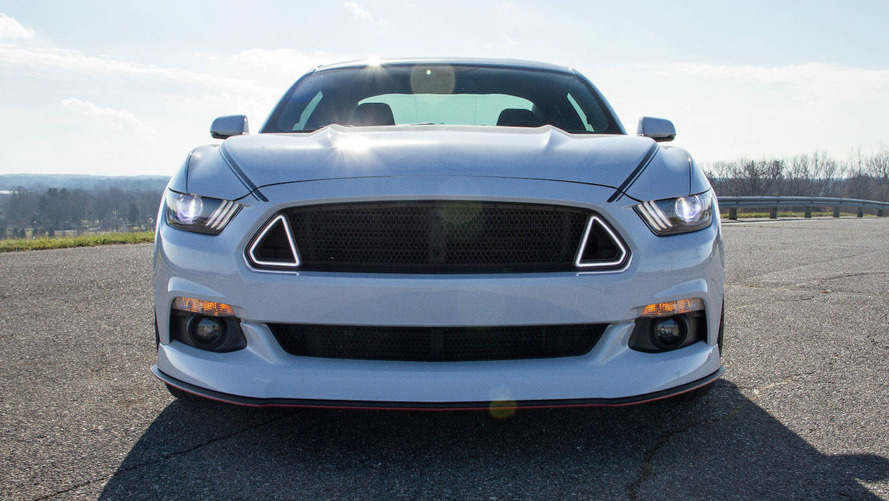 The project was completed in 2015 and made an appearance at SEMA in Las Vegas that same year. It’s since traveled to various Mustang and muscle car events around the country, and has been featured in a number of magazine and online news articles. To date, it has just 33,556 original miles (54,019 kilometers) on the odometer and comes with a new set of Michelin Pilot Sport tires.

The 2.3-liter EcoBoost engine, unfortunately, remains stock and comes equipped with a standard six-speed automatic transmission. Still, you do get a hearty 310 horsepower (231 kilowatts) from the factory, and a 0-60 mph (0-96 kmh) time of about 5.6 seconds.

With a current bid of just $19,000, it’s yet to meet reserve and will most likely see that price climb even higher in the next few days. Nine days are left on the auction, so if you’re in the market for a SEMA show car, look no further than this handsome Mustang.