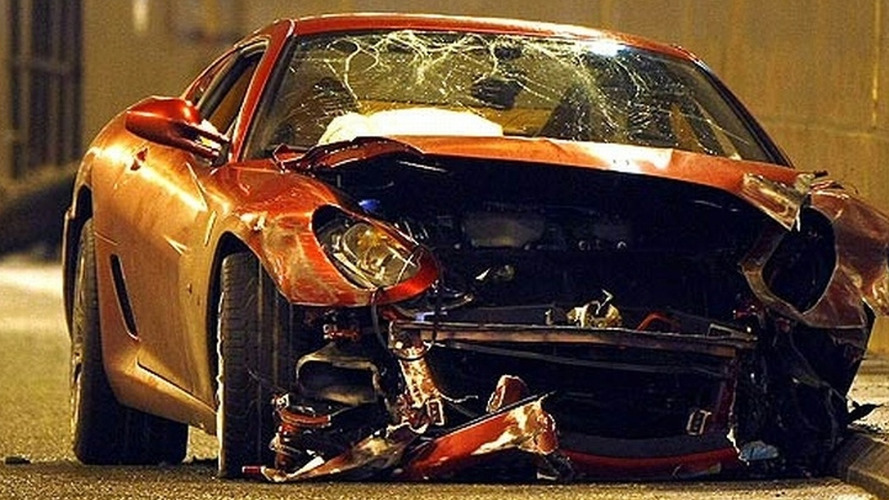 Manchester United and Portugal player Cristiano Ronaldo escaped unhurt when his red Ferrari 599 GTB smashed into a barrier at a tunnel outside Manchester Airport.

Young Portuguese football star and Manchester United FC player Cristiano Ronaldo escaped serious injury when his red Ferrari 599 GTB crashed into a roadside barrier inside a tunnel just outside Manchester Airport, UK. Ronaldo, who scored 42 goals for his club in all competitions during the 2007 - 2008 season, was being spoken to by police at the scene of the accident. He showed no signs of serious injury, but the Ferrari appears to be a write-off.

The accident happened at about 10:20am on Thursday the 8th of January. Twenty-three year old Ronaldo is presumed to have been traveling alone in the car when the incident took place. The car has a 6.0-litre V12 engine producing 456kW (612hp) and is capable of a top speed of over 330 km/h (205 mph).

The reigning European Footballer of the Year quickly became a controversial figure not only with Manchester United, but with the international footballing community as well. During the 2006 FIFA World Cup he was speculated to have influenced the red-carding of United teammate Wayne Rooney during the quarter final match.