SEAT Ibiza spied dressing as Hyundai i20 for cold-weather testing 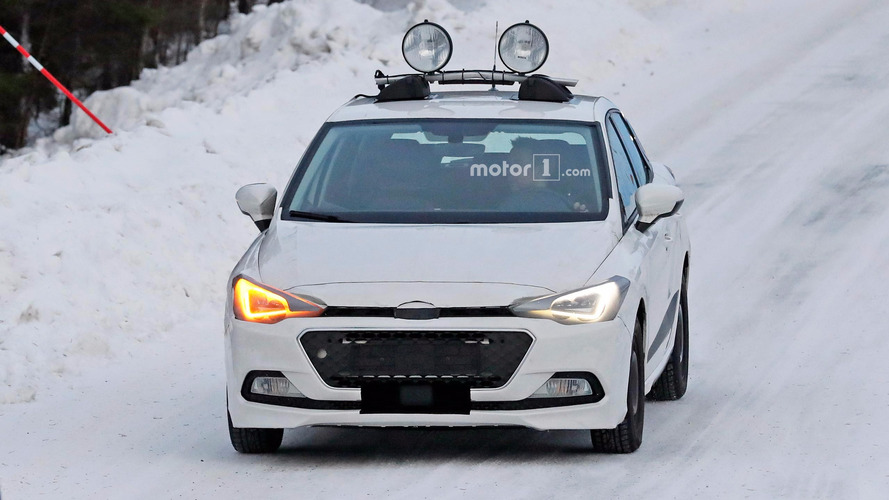 Why use the standard swirling camouflage when you can dress a test vehicle up as another company's model?

SEAT really wants to keep people guessing about the look of the next-gen Ibiza because the brand’s development team continues to cover it Hyundai-inspired camouflage like in earlier spy photos. The white example now testing in Sweden resembles an i20 at first glance, but the lights reveal the model’s true identity.

While SEAT’s engineers keep the production body largely hidden, the production headlights appear to be on this vehicle – at least under covers that conceal their shape. The triangular turn signal and running light fit with the look on the refreshed Leon. There are fake taillights at the back, but a photo of the Ibiza braking (below) reveals their real location under some transparent camouflage. While the roof-mounted spotlights on this example surely provide plenty of illumination, don’t expect them to be on the production version’s options list.

The new Ibiza reportedly rides on Volkswagen Group’s MQB platform, and it looks a little larger than the current model. Small-displacement gasoline and diesel engines should make up the bulk of the powertrain lineup, and there might be an electric version eventually.

While there was once speculation that the next-gen Ibiza might arrive in 2016, the time has passed for that to happen. Expect to see the production version of the supermini sometime next year. A hotter Cupra version should arrive later, too.

SEAT is also developing a compact crossover called the Arona that rides on the same platform. It reportedly debuts next September at the Frankfurt Motor Show. The model likely replaces the Ibiza Sports Tourer in the brand’s lineup because CUVs are currently so much more popular than wagons. Spy shots only show the little crossover testing under heavy camouflage.