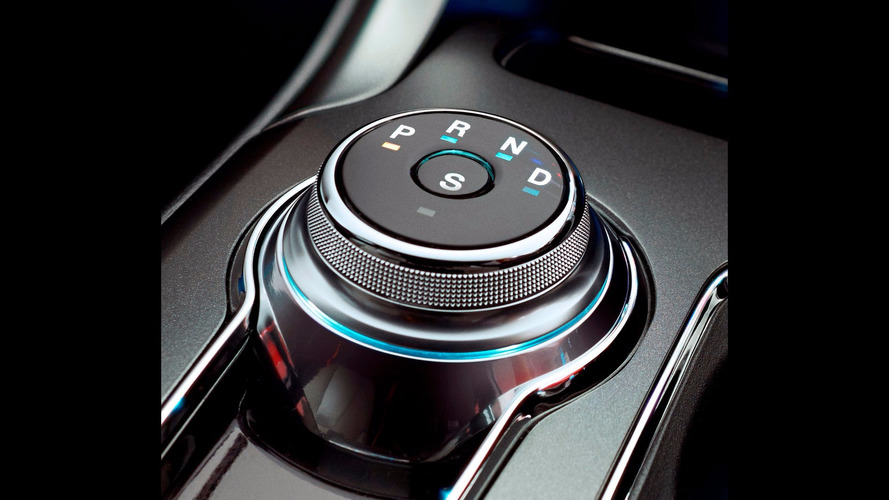 It's designed to cut 'rollaway' incidents by putting the car in Park if the driver forgets to.

Some 360 people were killed in accidents involving uncontrolled cars, with no driver at the wheel, between 2012 and 2014, according to a study by the National Highway Transport Safety Administration. The 2017 Ford Fusion comes with a new “Return to Park” feature designed to prevent such incidents.

In the 2017 model year facelift, Ford has swapped the Fusion’s gear stick for a rotary controller. Ford’s “e-shift” technical expert, Mark Zyskowski, explains: “When we decided to go for the new rotary shifter for the 2017 Ford Fusion, the team all sat together in a room to see what additional customer benefit we could bring to the table.

“We thought about what we could add without getting in the way of normal day-to-day scenarios, and all we agreed that a feature to help confirm Park is selected when exiting the vehicle seemed really worthwhile.”

The system automatically puts the car in Park if the driver has not already done so when the engine is shut off, or when the driver’s door is open, their safety belt unlatched, and the car is stationary.

It can also detect if the driver has shut the engine off while the car still moving, shift into neutral below 5 miles per hour, then into park. But it will not operate if a belted driver opens their door while the car is moving, to free an item of clothing or get a better view while parking, for instance.

So-called “rollaway” incidents typically occur when a driver exits a vehicle that is still running and has either been left in gear, or not put into Park properly. Around 2,000 people are injured in rollaway accidents every year in the United States.

Ford is not the first automaker to use “return to park” technology - BMW has for some time - but it is interesting to note that it has been added to the Fusion in the wake of a number rollaway accidents involving the Jeep Grand Cherokee, some of them fatal.