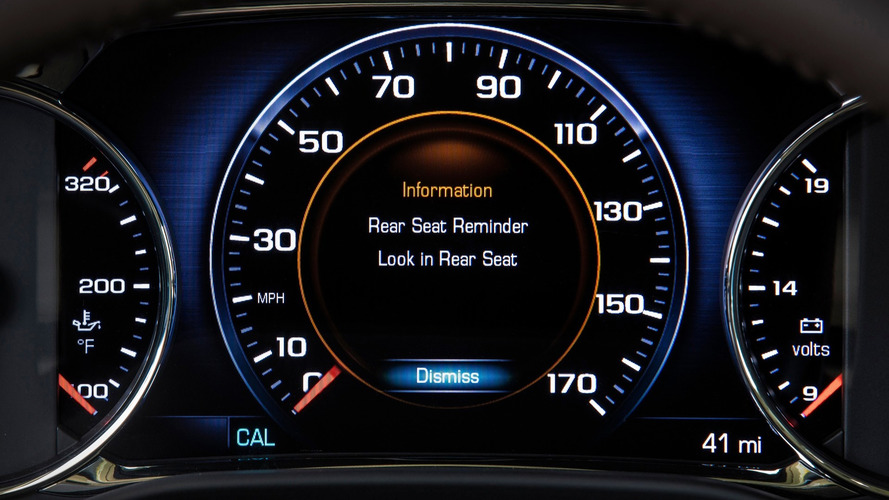 The system is designed to prevent children being left in hot cars.

39 children died of heatstroke as a result of being left unattended in a hot car in 2016, a 60 percent increase on the previous year’s numbers.

General Motors’ new Rear Seat Reminder technology is designed to combat the issue, sounding an alert and displaying a warning message to check the rear seat under certain circumstances.

The system monitors when either rear door is opened, up to 10 minutes before the car is started up and while the car is running. If the rear doors are opened, the system then sounds five chimes and shows a message in the instrument cluster display that reads “rear seat reminder/look in rear seat” the next time the engine is shut off.

The system does not actually detect the presence of people or things in the rear seat, only registering door usage.

Safe Kids Worldwide president and CEO, Kate Carr, said: “This new technology will give busy parents and caregivers the important reminder to always check the back seat. The safest way to protect a child from heatstroke is to never leave a child unattended in a vehicle, and features like Rear Seat Reminder, coupled with continued public education, can help combat this preventable tragedy.”

No doubt the system has the potential to become hugely annoying, especially for owners without kids - hopefully GM built in an "off" switch somewhere. That said, anything that prevents even one child dying unnecessarily has to be a good thing.