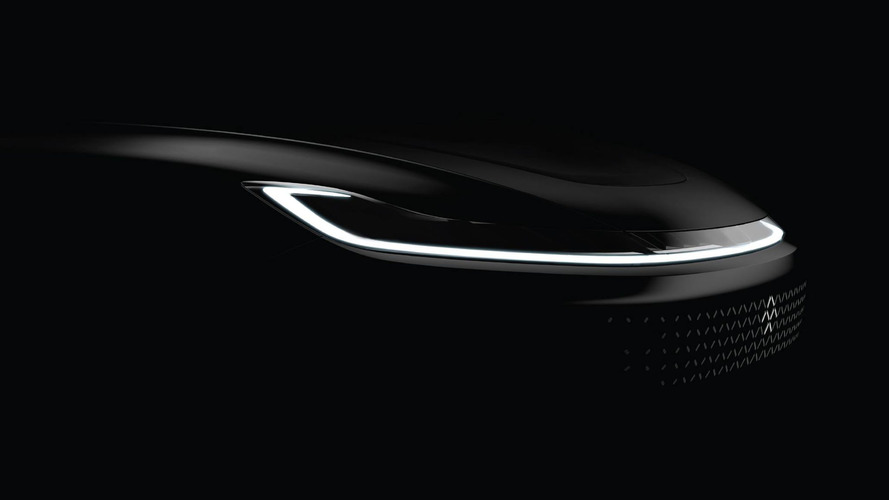 This is the first look at the model's undisguised front end.

Faraday Future is sticking with plans to debut its production vehicle at the 2017 Consumer Electronics Show on January 3, and the company is teasing the vehicle’s look in an enigmatic new image. The stylish EV crossover joins models like the existing Tesla Model X and upcoming electric CUVs like the Audi E-Tron and Mercedes-Benz EQ.

The teaser image reveals a pointed nose with an arching strip of LEDs at the tip that runs from the center of the crossover and outlines the headlights. The grille features simple diamond-shaped mesh with a brighter area for Faraday Future’s emblem.

Spy shots and even earlier teaser videos reveal a lot more about the still unnamed crossover’s design. The vehicle features a sweeping arch that essentially runs from the tip of the hood to the very rear. The result is a coupe-like appearance that's not too unlike the BMW X4 and Mercedes-Benz GLC-Class Coupe.

Exact powertrain details remain a mystery, but the vehicle reportedly uses a 98 kilowatt-hour battery that offers enough juice for 300 miles (482 kilometers) of driving on a charge. While nothing is official yet, earlier reports suggest an all-wheel-drive system would be available, if not even standard equipment.

Faraday Future has also been testing a semi-autonomous system for its crossover. Over-the-air updates would reportedly allow the company to send updated versions of the software to customers. Earlier this year, a heavily modified Lincoln MKZ showed the tech under development.

It’s not entirely clear where Faraday Future intends to build its electric crossover next year. A recent story indicated that construction had stopped automaker’s $1-billion factory in Nevada. An allegation at the time was that the firm’s investors at the Chinese company LeEco had run out of money for funding the automotive startup. However, the construction company building the plant released a statement saying: “At this time, Faraday Future is temporarily adjusting their construction schedule with plans to resume in early 2017.”