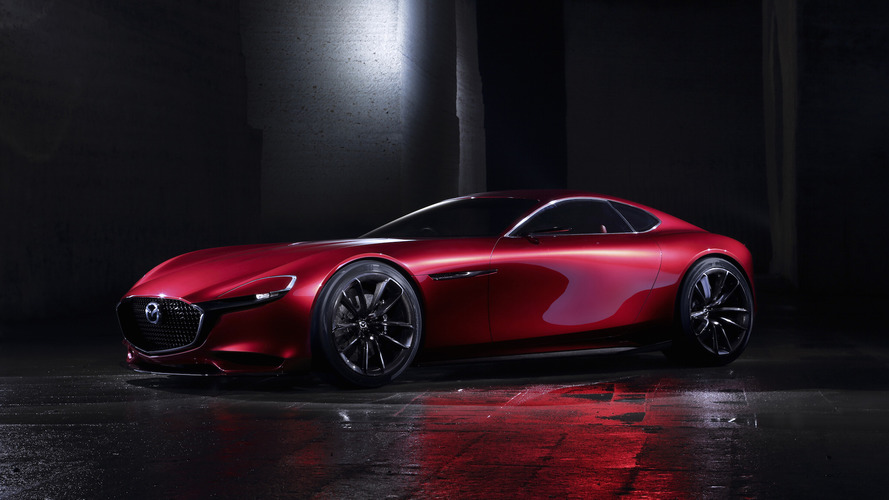 But it will be building a bunch of EVs, if that’s any consolation.

Fans have been – for lack of a better phrase – frothing at the mouth in the hopes of a new sports car to replace the much-loved RX-7 and RX-8. Our taste buds were teased in 2012 when sports car chief Nobuhiro Yamamoto allegedly confirmed the project, and then again a few years later with the introduction of the rotary-powered RX-Vision concept. But now it seems Mazda is taking a step back from its initial plans.

According to Automotive News, Mazda CEO Masamichi Kogai said that there is no plan for a sports car larger than the Miata in the works, let alone one with a new rotary engine. When asked about the proposed RX-7 replacement with a hybrid powertrain, Kogai said, "I think that as a sports car option, the MX-5 1.5-liter or 2.0-liter conventional engine, with its power and acceleration, might be a more thrilling experience."

But it’s not all bad news. Kogai remained positive on the possibility of a new rotary engine in future products, pending it’s able to meet all emissions tests and provide enough power. "But if we were to restart production of the rotary engine again, we need to make sure it wouldn't be just short-lived. We need it to meet future emissions regulations. We are still conducting our r&d activity to overcome any issues we have with emissions and fuel efficiency."

In the immediate future, Mazda will be looking to produce a number of electric vehicles, Kogai admitting that electrification is a technology "we need to introduce in the near future." As for the RX-Vision concept, it’s likely to remain just that – a concept.