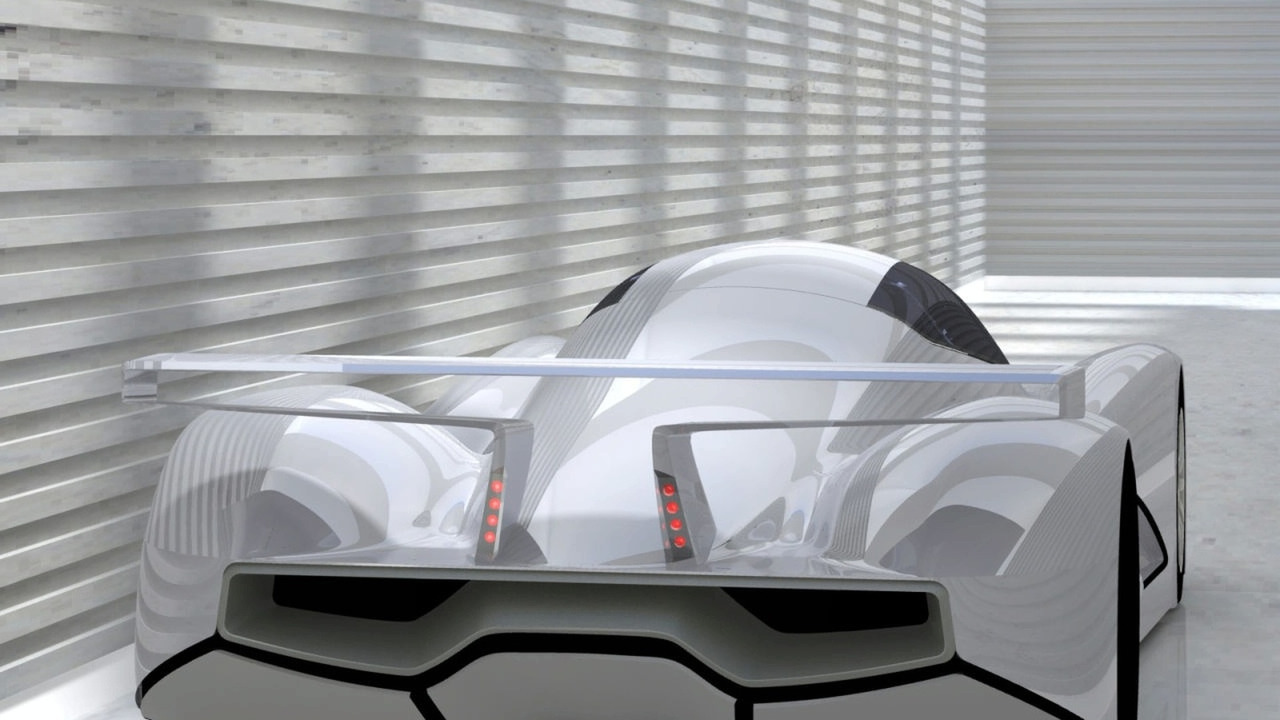 New renderings are out on the Formula AE, an ambitious project creating a Formula racecar powered by the sun and the wind.

When we first told you about the RORMaxx Formula AE solar/wind hybrid racecar, it looked little more than the dream of idealistic high school students. Now, they have released computer renderings that make the alternative-energy racer look one step closer to reality.

Eighteen-year-olds Rory Handel and Maxx Bricklin believe their vehicle can use strategically placed wind turbines and solar panels as a means for powering the car. Energy would be stored in ultracapacitors to provide instantaneous boosts of power. They believe this would result in a 0-60mph time below four seconds. Top speed would reach 155 mph.

Vehicle range is expected to be 200 miles per charge, although that figure would likely fluctuate based on the amount of solar power being taken in. Charge time is thought to be less than 90 minutes, but the group claims development of a new battery could take a full charge as little as six minutes. While this sounds a bit farfetched, if realized it could easily be licensed to auto manufacturers. It is unclear if the vehicle will also be plug-in to facilitate faster charging.

No plans yet for even a limited production run. The project is meant to inspire future car developers more than anything. If produced, pricing estimates range anywhere from $80,000 to $150,000. RORRMaxx expects to deliver a Formula AE prototype by August.