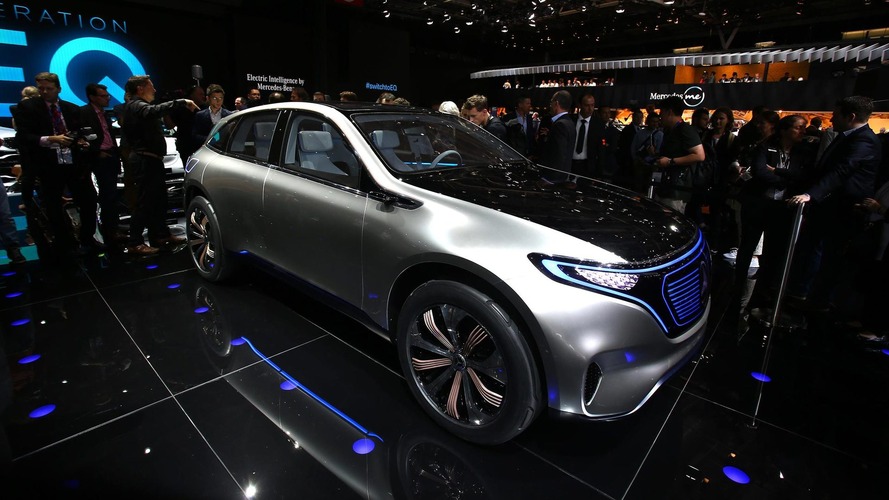 The newly founded EQ brand will have a total of 10 electric models by 2025.

Daimler is plotting a massive EV push by investing a total of €10 billion in the development of an expansive lineup of electric cars previewed by the Generation EQ concept shown earlier this year in Paris. Part of the master plan could be a new manufacturing facility in China where Mercedes-Benz could assemble EVs and their batteries to cater the local market. The reveal was made by the company’s market chief Hubertus Troska, but a decision has not been taken yet.

The company with the three-pointed star logo certainly wants to capitalize on its sales momentum in the People’s Republic where demand has grown by 28 percent so far this year to 429,000 units. That’s why making more products locally makes financial sense and could turn out to be a contributing factor to even more sales. It has happened already with the China-built C-Class and GLC, with the latter being so successful that Mercedes can’t actually keep up with demand. Troska went on to specify the locally-built E-Class L will likely drive sales even further in 2017. Also in China, Mercedes is making the GLA small crossover.

Starting this month, there’s a new 10-percent tax on luxury cars in China applicable for models priced at more than the equivalent of $189,000. However, Troska isn’t worried about that as customers are willing to fork out a lot of money for top-end products like the Mercedes-Maybach S-Class of which about 500 units are sold on a monthly basis.

Getting back to the company’s EV agenda, the aforementioned Generation EQ concept will morph into a production version by 2020 and it will be followed by nine other electric cars by the middle of the next decade. All of them will share the same platform and will feature a different design compared to Mercedes’ combustion engine-powered models. Some of these new electric cars will have enough battery juice to do 311 miles (500 kilometers) in the real world.