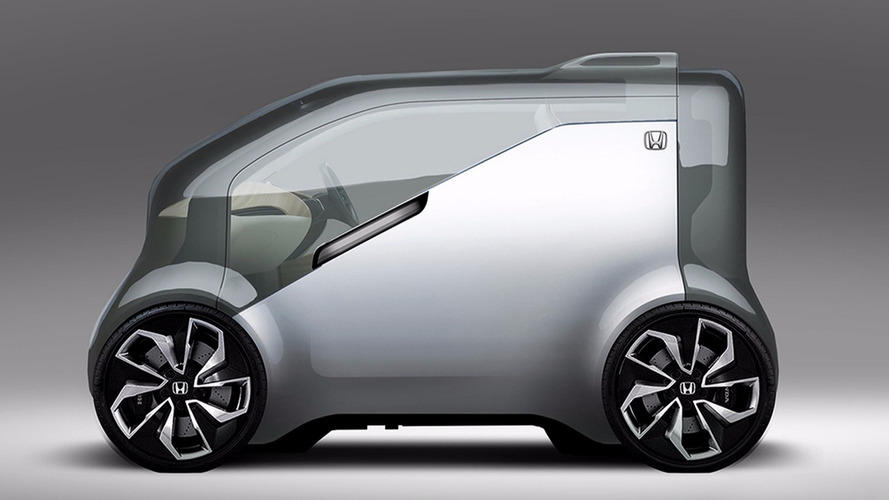 The rise of the machines comes a step closer with this boxy little 'automated EV commuter vehicle' concept.

Emotions are what separates man from machine, but Honda is blurring the lines somewhat with this boxy little concept car.

It is called the NeuV and Honda describes it as an “automated EV commuter vehicle”, a cluster of buzzwords that adds up to one of the most “on trend” concepts out there.

At the heart of the NeuV is a set of artificial intelligence technologies that Honda calls an “emotion engine” which enables the machine to artificially generate its own emotions.

Honda is being a bit vague about what that actually means, only saying that the system “creates new possibilities for human interaction and new value for customers.”

The NeuV will be demonstrated at the Consumer Electronics Show in Las Vegas in January of next year. Honda’s booth will be themed around the idea of a “cooperative mobility ecosystem” combining artificial intelligence, robotics, and big data to reduce traffic congestion, create “new modes” of in-car connectivity, and generally “transform the mobility experience”.

Whichever way you slice it, the tide is turning against the car as we know it, certainly as a means of simply getting from A to B. Time spent commuting is time wasted, or so the consensus seems to be. So by removing the need to actually drive our cars and turning the interior into an extension of our living rooms and offices, automakers will help us all become more relaxed and productive.

Of course, high-end in-car infotainment systems are already well on the way to fulfilling the living room and office functions. But they can be incredibly distracting. Which could become problematic in the United Kingdom, for instance, where the government is considering handing life sentences to distracted drivers who are responsible for fatal crashes.

So increasing levels vehicle autonomy must go hand-in-hand with ever-more advanced infotainment. But do consumers actually want this technology? The reaction to the NeuV at CES will give us a clue.