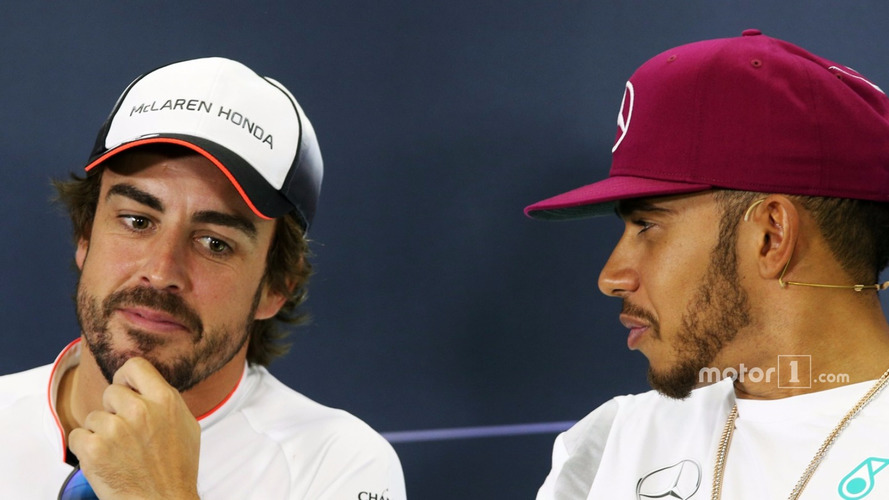 Mercedes says it wants to find an equal number one to race against Lewis Hamilton. That might be Fernando Alonso.

The Brackley-based outfit is weighing up the candidates to fill its second seat next season following Rosberg's shock announcement that he is quitting Formula 1 after winning his maiden world title.

It is understood that Alonso was one of the many drivers who contacted Mercedes motorsport boss Toto Wolff in the aftermath of the Rosberg news, with the Spaniard's record in F1 making him an obvious choice.

And although McLaren has expressed its confidence that Alonso will be staying in 2017 and is under contract, Wolff said on Tuesday that the two-time world champion had not been ruled out by his team.

"You have to consider Fernando," he told Sky in an interview. "He is a driver that I respect a lot.

"And he combines the talent, speed, experience, it is all there. But he is under contract with McLaren-Honda at the moment and we need to weigh all the other options up."

While Alonso's form ticks all the boxes Mercedes needs in terms of someone guaranteed to bring results, it is understood that there are issues that factions within the German car manufacturer have reservations about.

The potential for a troubled relationship with Lewis Hamilton is clear after their season together in 2007, while it is believed that the Mercedes board is still mindful of the damage to its reputation that was caused by Alonso's involvement in that year's Spygate scandal at McLaren that earned the team a $100 million fine.

While Alonso has not been publicly ruled out, though, it is believed that the chief candidates for the seat remain Mercedes junior Pascal Wehrlein and Valtteri Bottas – although the latter will depend on Williams being convinced to do a deal with Mercedes.

One thing Wolff is clear about, however, is that the team is searching for someone to slot in and race Hamilton wheel-to-wheel, rather than Mercedes finding a number two so it can throw all its weight behind Hamilton.

In the Sky interview, Wolff added: "We will maintain a system like we have. We will always have equal status for both drivers: give them equal opportunity, to the best of our ability – I say that meaning Abu Dhabi – and I think we owe it to the fans and owe it to ourselves that you cannot have a pecking order straight from the beginning.

"It is not what we would like to see happening."