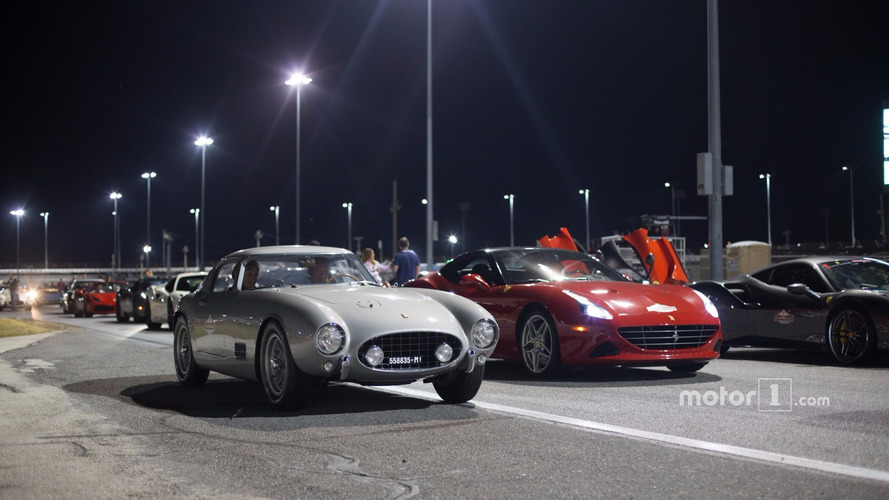 So close, yet so far away. Actually, it wasn't close...

964. That was the number to beat. Established back in 2012 at Silverstone during the Ferrari Race Day, the record still stands today as the gathering at last weekend’s Ferrari Mondiali at Daytona International Speedway wasn’t big enough to beat that number. A total of 809 cars came together, so 156 less than the necessary to establish a new world record for the largest Ferrari parade in the world.

There were actually more Ferraris at the famous banked oval in Florida, but for various reasons not all of them were able to meet the requirement of having to cover four miles in order to be taken into account as part of the attempt. Even so, 809 is still a pretty impressive number, especially since there were Ferraris from basically all eras. Notable mentions would have to be the iconic 250 GTO and Maranello’s sold-out flagship, the LaFerrari coupe.

Speaking of which, Ferrari successfully auctioned off the 500th and final LaFerrari coupe, which is now the most expensive car built in the 21st century to be auctioned. It went under the hammer for a cool $7 million, with all proceeds to be directed towards the reconstruction of central Italy in the aftermath of the powerful earthquakes.

The parade and auction were only fractions of the weekend-long festivities, as the 2016 Finali Mondiali was also the host for two world debuts. The first one was the unveiling of Ferrari’s latest one-off, a superb SP275 RW Competizione based on the F12tdf with special bodywork paying tribute to the 1964 Ferrari 275 GTB/C.

As far as the other premiere is concerned, it was the track-only 488 Challenge, which represents Ferrari’s very first turbocharged one-make race car and will serve as a replacement for the 458 Challenge.

Not only that, but Ferrari’s current Formula 1 drivers Sebastian Vettel and Kimi Raikkonen attended this year’s Ferrari Mondiali event, which was the first to be organized in United States. They drove the 2009 F60 F1 car at the Daytona International Speedway on Sunday.