2017 VW Arteon is a sleeker Passat in disguise 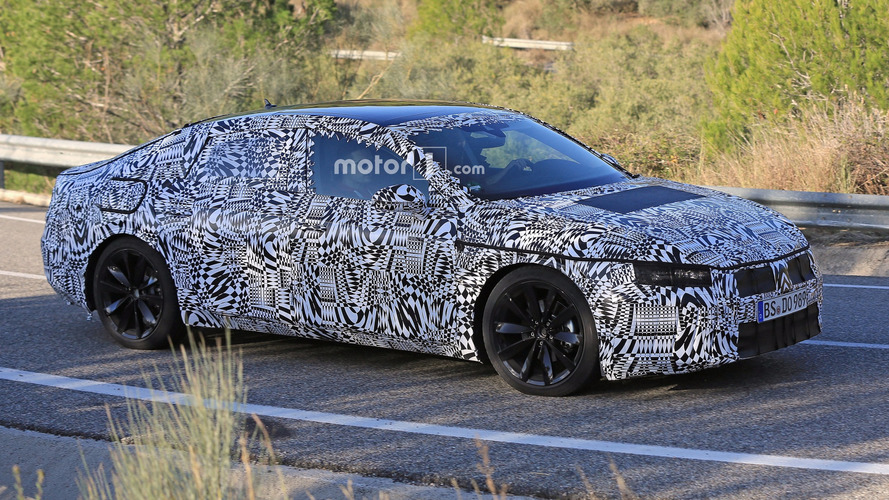 The Arteon was not originally supposed to become VW’s range topper in Europe, but with the second-gen Phaeton being a victim of the Dieselgate, the CC replacement will fill in that role until the fullsize sedan’s launch set for around 2020. Essentially a luxed-up Passat with a sloped roofline and a hatchback rear, the Arteon has been spotted in northern Spain while being escorted by a Golf Variant facelift.

VW hasn’t said a word so far about the car’s specifications, but it seems the model will be a tad longer than the regular Passat sedan and part of the stretch will be found in the wheelbase. It will grant the Arteon (still trying to get used to this name) with a more spacious interior cabin with superior legroom for passengers sitting in the back. The build quality and refinement compared to the Passat should go up a notch to justify the premium VW’s new European flagship model will command.

As far as the styling is concerned, the prototype was dipped in camouflage, but we already have an idea of how it’s going to look like by checking out the 2015 Sport Coupe Concept GTE. In addition, VW has also released some design sketches of the Arteon, although the real deal won’t look as exciting as the peeps from Wolfsburg want us to believe.

Depending on market, the CC successor will be available with an assortment of gasoline and diesel engines borrowed from the Passat. As you would imagine, the U.S.-spec version won’t get any TDIs, which will likely be the bread and butter on the old continent where most buyers will go for the 2.0 TDI. The aforementioned Sport Coupe Concept GTE had a beefy plug-in hybrid setup by combining a V6 with two electric motors for a total of 380 horsepower (279 kilowatts). It’s unclear at this point whether the production car will rock a similar hardware, but even if it’s on the agenda, VW will likely introduce the version later during the model’s life cycle to serve as the cherry on top.

The Arteon will be unveiled in March 2017 at the Geneva Motor Show before going on sale in the second half of the year. Until then, get ready for a lot more spy shots and teasers…