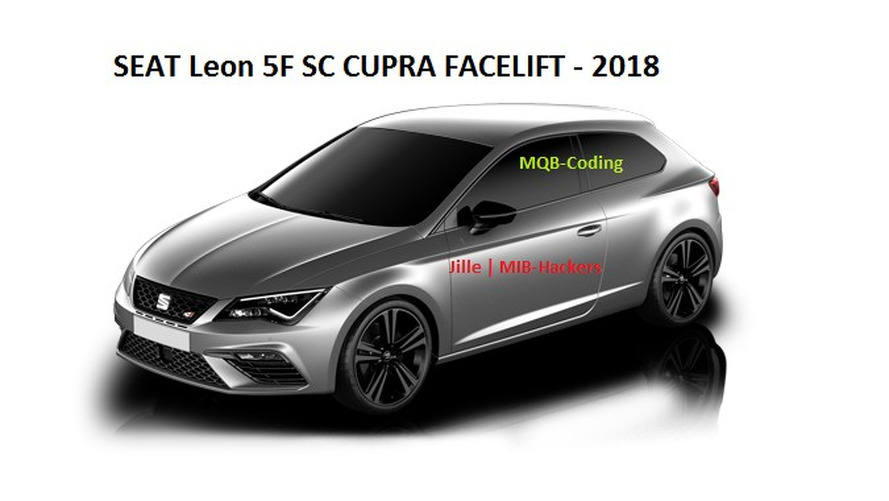 A second look at all body styles: coupe, hatchback, and wagon.

Hot on the heels of yesterday’s release, the 2017 SEAT Leon Cupra facelift has returned to reveal more of its discreet styling revisions. The VW-owned marque has released so far only two images of the Spanish Golf, one showing the ST wagon and the other the five-door hatchback. Thankfully, we have stumbled upon several more images providing a closer look at the two body styles, together with the three-door SC coupe.

Brought to you by the same folks at MQB-Coding & Retrofit who uncovered the Golf facelift, Teramont, and Arteon, the renders are based on a software belonging to the Leon Cupra’s infotainment. The changes over the pre-facelift models are borderline unnoticeable, but that’s not necessarily a bad thing as the Leon still looks sharp and up to date even though it was launched more than four years ago.

Now with LEDs all over the place, the facelifted Leon Cupra gets slightly different bumpers and some minor tweaks to the appearance of both headlights and taillights. To spice things up, SEAT is extracting an additional 10 horsepower (7 kilowatts) and 22 pound-feet (30 Newton-meters) of torque from the 2.0 TSI, now developing a grand total of 300 hp (224 kW) and 280 lb-ft (380 Nm).

Fans of the Leon Cupra will remember the original model from 2000 had an all-wheel-drive layout, which is now making a comeback. However, customers will be able to get the 4Drive setup only on the wagon and exclusively with a DSG.

Even though images of the interior cabin are not available at this point, we already know from the regular model pictured above that SEAT is installing an electronic parking brake (which sister model Skoda Octavia facelift hasn’t received), a revised 8-inch infotainment, keyless entry with start/stop button, and more safety tech.

SEAT will start deliveries of the mildly revised Leon Cupra from February.