Lexus IS gets 41,999 programmable LEDs for Dua Lipa music video 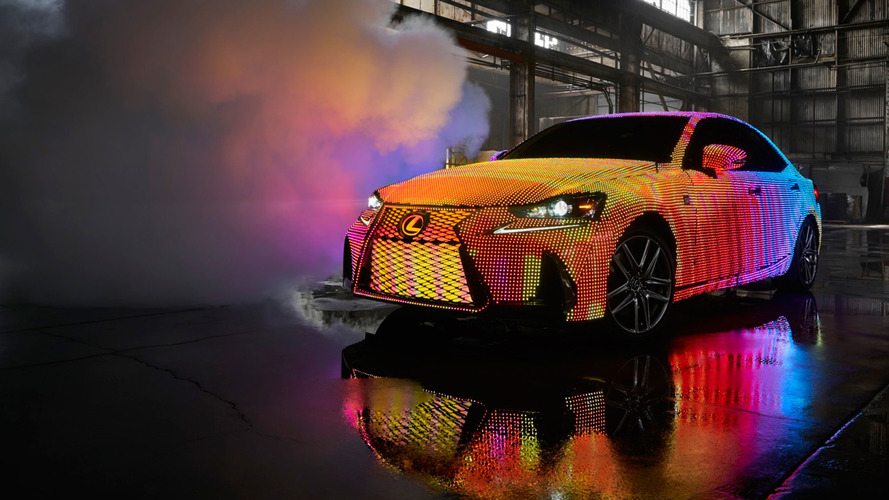 A bright idea to make the Lexus stand out to hip young music lovers.

If you thought the Sriracha-themed Lexus IS was the be-all, end-all of unusual special editions for the brand’s sport sedan, well, you’re wrong. Lexus has now dressed up an IS sedan in more multicolored lights than a Times Square advertisement. Fitting both its brightness and the way cool young people talk, Lexus has called this the Lit IS.

With 41,999 programmable color LEDs all over its bodywork, this Lexus IS produces a total of 175,000 lumens of illumination at full strength, though the exact color options vary with the chosen mode. In Attract mode, the lights are programmed to show “colorful graphics that highlight the strong lines of the IS.” Set to Music Viz, the Lexus’s light show becomes a three-dimensional visualizer for your favorite tunes. And in Gesture mode, the lights follow patterns set out by a user’s hand motions.

As well as a vessel for advertising the 2017 Lexus IS, the Lit IS is the star of a new music video from U.K. artist Dua Lipa. In the video for her song “Be the One,” seen below, the Lit IS appears in shadowy rooms as décor.

Regardless of the practicality or purpose of bedazzling a Lexus in tens of thousands of colored LEDs, the resulting effect is pretty cool. Take a closer look at it in the videos below. 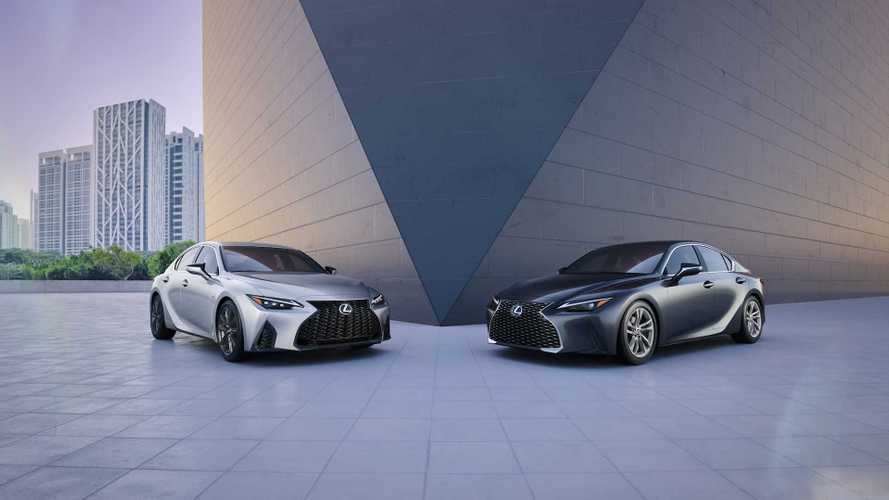 To highlight the impressive styling of the new 2017 IS, Lexus today unveiled a custom vehicle wrapped in 41,999 programmable LEDs that turn the car into a screen capable of broadcasting dynamic graphics and videos. The car, which is designed to send a bold signal, is featured in UK chart-topping artist Dua Lipa’s new music video for her hit song “Be the One.” The first-of-its-kind collaboration pairs Dua Lipa’s powerful vocals with an ethereal storyline, featuring the vehicle as a character and visual anchor in a story that also casts actor Ansel Elgort (“Divergent”; “The Fault in Our Stars”) as Dua's former love.

This unique collaboration between Lexus and Vevo showcases the Lexus IS as an incredible work of art, technology and design through the lens of a music video. The 2017 IS has a commanding design and Lexus wanted to amplify those styling cues like never before. To create the LIT IS, Lexus used hand-applied LEDs to turn the vehicle into an eye-catching screen. In addition to broadcasting graphics, the LIT IS can also generate colorful, mesmerizing animations in response to gestures and music. Through this responsive technology and the animations, an expressive car was turned into an actual vehicle for expression, and the concept for a new Dua Lipa music video was born.

“A car as visually striking as the LIT IS required an equally dramatic debut,” said Brian Bolain, Lexus general manager of product and consumer marketing. “A music video was a perfect place to launch the LIT IS and working with Dua Lipa allowed the concept to come to life, putting a spotlight on the Lexus IS in an entirely new way.”