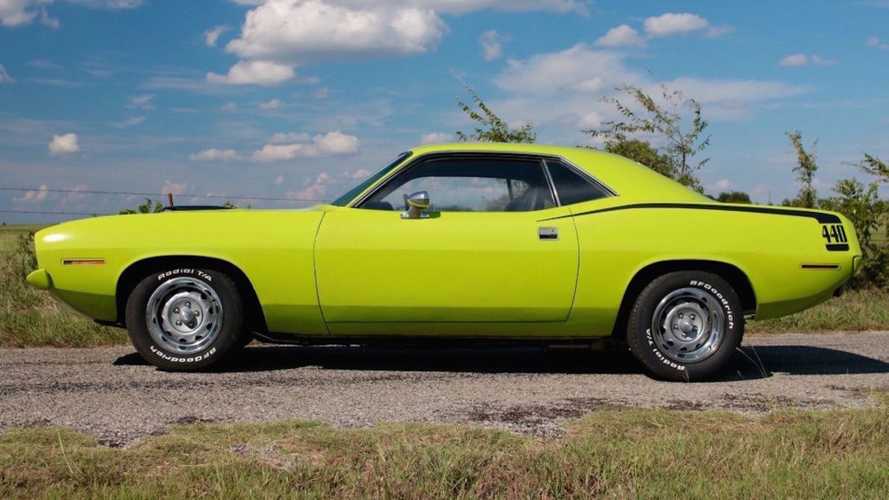 This handsomely restored muscle car is in need of a new home.

The name 'Barracuda' may not garner the same attention as legends like the Mustang or Camaro given its relatively early demise, but throughout the ‘60s and ‘70s, the no-nonsense two door was the epitome of American muscle. Today, original examples don’t come cheap – high-performance Hemi versions have been known to command as much as a million dollars at auction.

Luckily, you won’t have to win the lotto just to own one. This rather handsome (and very green) example is up for grabs on eBay

for significantly cheaper than seven figures. With a price tag of $26,000, it’s a much more imposing vehicle to own than, say, a new Honda Accord.

With a full restoration completed, the exterior wears a factory Sublime Green paint job, as noted by the FJ5 on the fender tag. The seller admits that the quality of the paint job is "not great," but from pictures alone, looks to be in good condition. Other features include 15-inch rally wheels and appropriate 440 black striping on the rear fender.

On the front is a new shaker hood; though it didn’t come standard on the original model, the addition of a 1966 date-coded 440 big block with an Edelbrock four-barrel carburetor made it a necessity. All that power is handled courtesy of a 727 TorqueFlite automatic, and manual drum brakes assure an appropriate amount of stopping power. It’s essentially a ‘Cuda clone.

The interior remains in good shape, and keeps most of its original components, including the steering wheel, dash, and seats. Even the carpet looks new, as noted by the seller. The car is located in Sherman, Texas, with just 39,824 original miles having been driven, and just two days left on the auction – so get to biddin’.

via Bring a Trailer