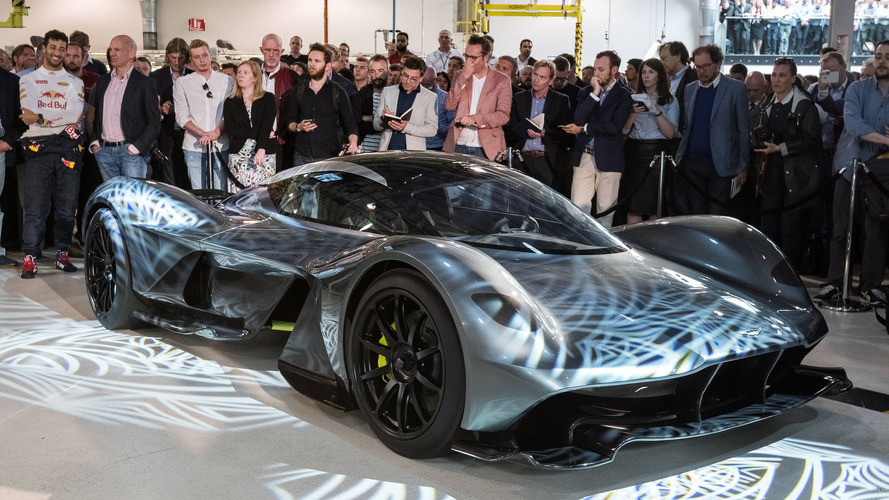 Designer confirms info about the bespoke V12 engine and the tailored cabin that fits owners perfectly.

Aston Martin has been fairly tight-lipped about its upcoming AM-RB 001 hypercar, which comes as a partnership with Adrian Newey and Red Bull Racing. In a new interview with Australia’s Motoring, the British brand’s chief designer Marek Reichman peels back the sheet and reveals some big details about what could be a segment-defining vehicle. He claims a top speed of 250 miles per hour (402 kilometers per hour) and an insane 4.5Gs of cornering ability.

According to Reichman, the AM-RB 001’s bespoke naturally aspirated V12 engine with 1,000 horsepower (746 kilowatts) will displace between 6.0- and 7.0-liters. It will also have a wider V-angle than the 60-degree design in Aston Martin’s current 5.2-liter biturbo 12-cylinder in the DB11. This layout will reduce the mill’s overall height, which will mean a lower center of gravity for the hypercar. It will also use a bespoke, single-clutch sequential gearbox from Xtrac.

Reichman describes the engine’s F1-inspired kinetic energy recovery system as “like a big capacitor.” It will provide an 80-hp (60kW) boost and will allow for short bursts of fully electric mobility.

The design of the AM-RB001 concept is “95 percent the final car,” Reichman told Motoring. The only changes will be tweaks for improved cooling or even better aerodynamics. Even the showcar’s lack of side mirrors will make it onto the final version because Aston Martin will mount cameras on the A-pillars.

Once an owner steps through the powered gullwing door, the driver will find the perfectly tailored driving position. Aston Martin will fix the seat based on the person’s build, and then put the steering wheel and pedals into place. Those pieces will still have a little adjustment. If a buddy wants to experience the hypercar, he or she might be out of luck if the person isn’t a similar size as the buyer.

All 150 road-going examples of the AM-RB 001 are already sold, and there’s a waiting list with hundreds of names incase anyone drops out. The first deliveries of the $3 million hypercar will begin in late 2018, and 25 track-only versions will debut later in the production run. The actual model will also have a real name rather than the current alphanumeric moniker.