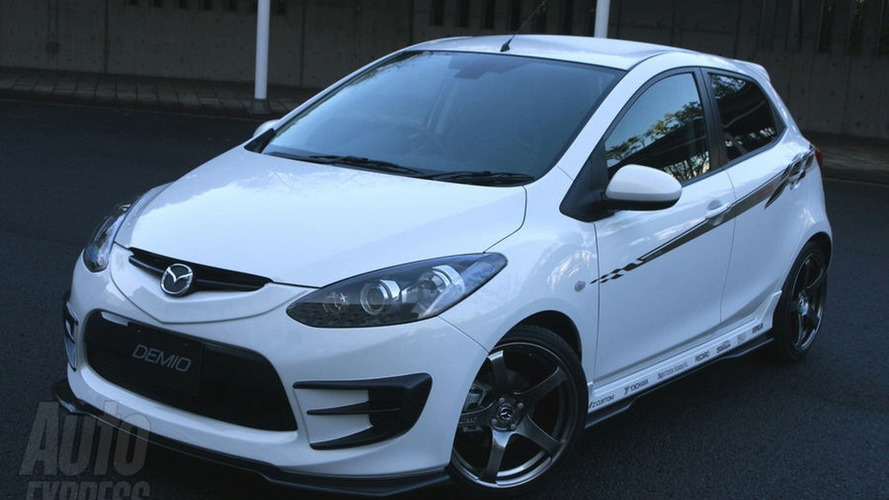 Mazda is rolling out their guns for this week's Tokyo Auto Salon. They will introduce the all-new Mazda 3 (Mazda Axela), the Mazda Premacy gas/hydrogen hybrid, and racing editions of the Mazda2, Mazda3, Mazda6, and Mazda RX-8.

Mazda reportedly has big plans for this week's Tokyo Auto Salon. The show is Japan's response to SEMA and Essen, and showcases products for tuners and customizers.

Mazda will introduce the all-new Mazda3 (Mazda Axela) at the show, with a top-of-the-line 185hp 2.2 liter turbo-diesel. Other engine choices include a 150hp version of the same engine, a 1.6-liter turbo diesel, a 1.6- and 2.0-liter petrols. The petrol engines incorporate nanotechnology, reducing the company's reliance on platinum and palladium.

Also at center stage is the Mazda Premacy hybrid concept. The minivan has both a rotary and electric engine, making use of petrol and hydrogen. Mazda claims the Premacy will have an all-hydrogen range of 200 km (124 mi). In this mode, the vehicle only emits water vapor.

Mazda will also display track versions of their most important cars. The Mazda2 Circuit Trial, Mazda3 Circuit Trial, Mazda6 Circuit Trial, and Mazda RX-8 Circuit Trial are all tuned by Mazdaspeed. Features on these cars include updated aero-kits, sport seats, lighter-but-larger sport wheels, sticky tires, and some special decals and detailing. Look for a stiff suspension, and large, high-performance brakes on each vehicle. We would not be surprised by racing harnesses, either.