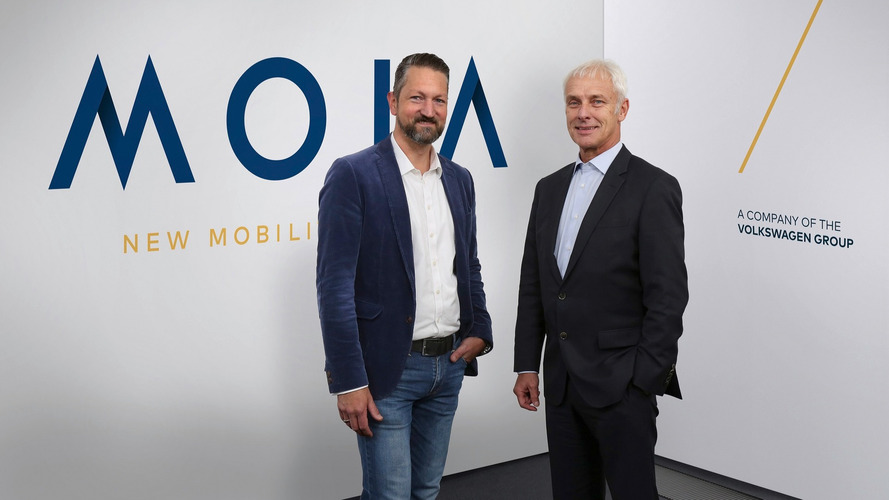 The recovery from dieselgate continues as the German giant branches out into ride-sharing and driverless shuttles.

The brand, named Moia, is central to VW Group’s aggressive, post-dieselgate push into electric vehicles and mobility services. The name derives from the Sanskrit word "maya", which translates as "magic".

Speaking at the launch, CEO Ole Harms said: “We are still loving around our cities like we did 20 or 30 years ago. We need to offer new forms of transportation and really improve the traffic situation.”

Moia will leverage VW’s earlier investment in ride-sharing app Gett. It will offer multi-seater shuttles hailed by a smartphone app and shared between users.

According to Automotive News Europe, Moia will initially use VW Transporter minivans but those will eventually by replaced by Moia’s own, bespoke autonomous electric vehicles based on VW’s MEB platform that could well be similar to the Budd-e concept from earlier this year. Harms said he hopes to start trials of driverless vehicles by 2019, and have fully autonomous fleets running by 2021.

Harms added that VW will invest several hundred million euros in Moia over the next couple of years, and that it is hoped the brand will generate a couple of billion euros of revenues in two to four years.

The biggest markets are expected to be Europe, the United States and China.

VW Group CEO Matthias Muller said: “Moia will help us gain a deeper understanding of new forms of mobility and how to make them even more attractive in future, to offer a much broader scope than at present and to tailor these services to suit very wide-ranging needs.

“Even though not everyone will still own a car in future, Moia can help make everyone a customer of our company in some way or another.”

VW is just one of a number of automakers trying to reposition themselves as mobility providers.