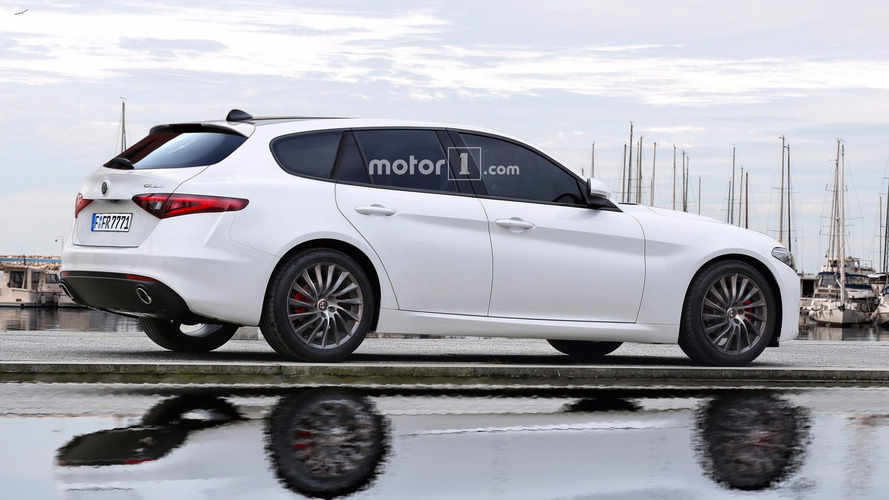 Some say it will, at least for European markets.

With crossovers and SUVs flooding the car world, we certainly need more wagons in our lives. One might come from Alfa Romeo if we take into account some industry experts are expecting the Giulia sedan to get a more practical companion in the future. According to Felipe Munoz, an analyst at JATO Dynamics market researchers, a Giulia Sportwagon (name not confirmed) would allow Alfa to better go up against the Germans in Europe where the wagon body style accounts for 42 percent of all sales in the premium midsize segment.

He goes on to specify the sedan is doing reasonably well, so it would make sense for a wagon to arrive and capitalize on the Giulia’s early success. That being said, neither Alfa Romeo nor parent company Fiat Chrysler Automobiles have said anything about giving the Giulia a more spacious trunk, but undisclosed sources cited by Automotive News are saying it will be launched towards the end of 2017. After all, it wouldn’t be that hard to transform the sedan into a wagon, would it? The bad news is only Europeans will get it as wagons are not very popular in United States.

With the Giulia providing a trunk capacity of 480 liters with the rear seats in place, a very possible wagon would boost cargo volume to significantly over 500 liters while retaining most of the sedan’s sleek appearance.

When it will arrive, it should look a lot like this speculative render depicting a regular version. A spicy Quadrifoglio range topper is likely in the works as well to fight segment rivals coming from Mercedes-AMG, BMW M, and Quattro Audi Sport GmbH.

If Alfa Romeo does indeed have plans to wagon-ize the Giulia, we might see it as early as September 2017 at the Frankfurt Motor Show and hopefully it will be joined by the four-leaf clover variant with its Ferrari-derived biturbo 2.9-liter V6. Fingers crossed.