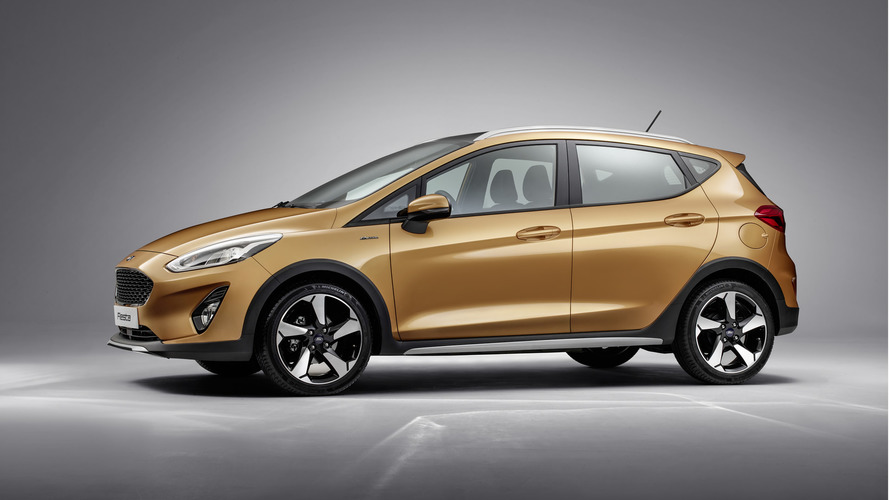 Active versions of the Mustang GT or Focus RS would be ridiculously cool.

Ford’s new Fiesta Active features a higher ride height and body cladding that makes it look like the compromise between a supermini hatchback and a crossover. The Blue Oval already expects the trim to be a success and is considering Active versions of other models.

“I think we’ll continue to look at this,” Ford of Europe boss Jim Farley told Auto Express. “The Fiesta is going to be step one, and we’re bringing it to the market next summer, so we’ll know more there.”

Ford’s most obvious choice for building more Active models would likely be applying the same formula to the Focus. The amount of necessary engineering work would be negligible, and the result would be a larger option for customers who need something bigger than the Fiesta.

Another option would be an Active trim for the Fusion (Mondeo in Europe). A high-riding sedan might look a little awkward, but the Volvo S60 Cross Country (below) proves the idea can conceivably work.

As performance fans, the folks at Motor1 immediately started considering the more exhilarating possibilities for the Active trim. A Mustang version was the first that came to mind. Imagine a high-riding version of the GT, complete with body cladding and big mudguards. If Ford really wants to get creative, the engineers could work out a way to add all-wheel drive, and the result would be a model to challenge the venerable Subaru WRX. The idea isn’t too insane because Dodge is introducing an all-wheel drive Challenger next year.

Assuming Ford creates a Focus Active, a limited-run in RS trim could be very cool. Give it a vintage rally-inspired livery, and we suspect they would sell out quickly among nostalgic fans.